Investigation into €10,000 spent on fillet steaks, rib roasts, legs of lamb and luxury chocolates for prisoners 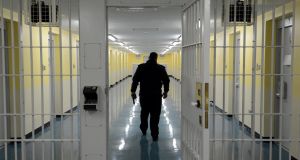 In his latest report on the Accounts of the Public Service, The Comptroller and Auditor General noted that it is against prison service policy to serve “high value items” in any jail kitchens or classrooms. Photograph: Cyril Byrne

An investigation has been launched after the State’s spending watchdog discovered a bill of almost €10,000 for prisoners cooking up fillet steaks, rib roasts, legs of lamb and prosciutto along with luxury chocolate.

The Comptroller and Auditor General (C&AG) Seamus McCarthy has scrutinised invoices for food bought by prison authorities for use in catering classes for inmates, who help staff prepare everyday prison meals.

In his latest report on the Accounts of the Public Service, Mr McCarthy noted that it is against prison service policy to serve “high value items” in any jail kitchens or classrooms.

“However, there was evidence of a difference in the type of food purchased in one prison,” he found.

The governor of the prison – which was not identified in the report – has begun an investigation “to determine the circumstances surrounding the expenditure”, Mr McCarthy stated.

The Prison Service told the C&AG that the bill for the luxury foods ran to €9,302 during 2018 and last year.

The high-end fare was purchased “to support the provision of cookery classes to prisoners”, he was told.

“However, it has not been possible from the work- training activity returns to Prison Service headquarters to be definitive on what activity was taking place or if there were official events catered for using some of the products listed,” said Mr McCarthy.

A tightening of controls around ordering food at prisons has been ordered nationwide since the discovery.

Last year, €8.2 million was spent on feeding prisoners, the food bill was up 11 per cent on the previous year. The increase can be partially explained by the rising costs of some foods and a 2 per cent rise in the average daily number of prisoners from 3,893 in 2018 to 3,971 in 2019, according to the report.

Spending varies from prison to prison. Feeding inmates at the maximum security Portlaoise Prison, where some inmates have special menu options because of “historical and political reasons”, costs up to 60 per cent more than in other jails.

The report also found that inmates made more than €1 million profits for themselves through prison tuck shops last year.

The shops – which sell confectionery, soft drinks, tobacco, toiletries, magazines and other items – are managed by prison officers on a “for-profit” basis with proceeds going back to inmates through welfare funds.

Castlerea’s tuck shop is the canniest, netting 21 per cent gross profit margins, compared to the least business savvy Midlands Prison, which recorded profits of 8 per cent.

Concerns were raised by Mr McCarthy that some spending from the shop profits “was not in accordance” with how it should be used.

“This included some payments for the benefit of staff and payments related to the operation of the prison,” he said.

Over several months in 2018, two prisons moved cash totalling €23,000 to a “governors’ cash box” which was “used as directed by the respective governors”.

“In both prisons, record keeping was insufficiently detailed to demonstrate that the cash was used in all cases for purposes appropriate” to the prisoner welfare fund, the C&AG found.