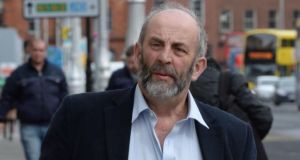 Taoiseach Micheál Martin has told Independent TD Danny Healy-Rae to “cop on and get a bit real” as he claimed he was attempting to “consistently undermine the public health message”.

A clearly annoyed Mr Martin rounded on the Kerry TD and accused him “of pandering to base politics, trying to win votes from different sectors” after Mr Healy-Rae criticised contact tracers for asking individuals first about visiting bars and restaurants.

The Independent TD said that “surely there are other questions and other places they should be asked about as well”.

“I’m wondering is the same attention being given to people who travel abroad and when they come back?”

He asked “is the same follow up in relation to quarantine when they come back from countries that are not on the green list”.

He said that last Monday rural publicans were allowed to open their doors for the first time in six months and it was good to see a bit of life in rural villages which had been “totally desolated, dead for six months”.

Mr Healy-Rae asked “why is all the focus directed on the pubs again? Are you going to close them?”

Mr Martin replied: “Look Deputy I think you need to get with it and get a bit real.”

The Taoiseach said “there is nothing wrong with asking a question have you been in a pub if a contact tracer is trying to track down” those with the virus.

Mr Martin then got annoyed when Mr Healy-Rae said “it’s the first question every one of them is asked”.

The Taoiseach said “it’s not the first question. It is a sensible question to ask, as are other questions. We should not be consistently trying to undermine the public health message.”

He said “I think that’s what’s going on here and we need to cop on”.

Mr Martin added that they were in the national parliament and “we need to stand behind public health personnel, who are going out there doing their jobs to prevent the spread of the disease or virus”.

Mr Healy-Rae “is pandering to base politics, trying to win votes from different sectors. That’s what’s going on here. I think we’ve had enough of it and wider society has had enough of it.”

Earlier the Taoiseach admonished Independent TD Mattie McGrath who said people had lost faith in the system as he described the contact-tracing system as “shambolic”.

Mr McGrath said a businessperson in Tipperary closed their business after a customer phoned to say he was Covid-19 positive. The business was closed and the family self-isolated but could not get a test and were told by the HSE to close their business and keep their children at home.

“They can’t get tests or information” and “people have lost faith in the system totally”. He said contact tracing was “a sham, it’s shambolic”.

The Taoiseach told him “it’s not a sham and it’s not shambolic and you shouldn’t be saying that”.

He asked Mr McGrath to send him the details of the case and they would check it out. “We can track it down with the HSE as to what either went wrong there or what the explanation is.”

Capacity for Covid-19 testing had grown and “we are meeting demand at the moment”.

Covid “is very challenging and I think we need to avoid the kind of language that you’ve used in terms of condemning the people who are involved in this”.