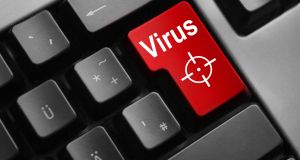 The British exit from the European Union will have a huge impact on cybersecurity in the western world, according to an international writer on the issue.

“Britain is the key country which links the intelligence network of the United States, Canada, Australia and New Zealand with the European Union and if Britain goes, that intelligence link goes,” said Misha Glenny, journalist, author and international expert on cyber and information security issues.

Speaking at the Festival of Writing and Ideas in Borris, Co Carlow on Saturday, Glenny said the world is in a “state of controlled mayhem in cyber” with no international agreement between the major powers of the world.

“It’s really important that countries like the United States, Russia and China get around the table and come to an agreement because not only will they get into trouble with each other but terrorist groups can start to play a real role in cyberwarfare and cyberespionage,” said Glenny, who is the author of Dark Market: How Hackers Became the New Mafia.

In a whistle-stop tour of cyberunderworld and the Dark web, Glenny said “spies, police and military intelligence officers and criminals all inhabit this deeply confusing world seeking out the latest cyber criminal and cyber espionage techniques”. He highlighted the biggest risk to be political attacks on critical national infrastructure, noting the 2014 attack which shut down the electrical grid in western Ukraine for a week and how $81 million was stolen from the Central Bank of Bangladesh.

He said The Wanna Cry ransomeware attacks in 2017 were not proper ransomeware attack but instead “someone sending a warning to the world about what they could do”. That attack did affected the National Health Service in the United Kingdom, Deutsche Bahn railways in Germany, Telefonica telecommunications network in Spain, the Chinese banking system and the Russian interior ministry.

Speaking on the same topic of Cyberdogs of War, journalist Ben McIntyre said that Cyberwars – in which information is weaponised to create mass confusion or to push a particular line – has been running for 10 years.

“There hasn’t been an attack on air traffic control yet but it’s entirely conceivable because anything with an on/off button is a potential target,” said McIntyre at the panel discussion with Glenny and historian Margaret MacMillan.

McIntyre said that the idea of robot wars is absolutely real. “Artificial Intelligence (AI) is the third arms race [after gunpowder and nuclear] and 12 countries now have AI weapons. There are 400 different sorts of automated or semi-automated weapons which can identify targets and independently decide whether or not to pull the trigger,” he said.

A lot of the elements of traditional wars – such as courage, boredom, bravery and fear – don’t apply to robotic wars which McIntyre said was “a very worrying thought”. The festival from June 8th to 10th hosted more than 50 panel discussion on politics, history, literature, art, music and poetry.