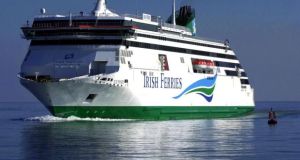 Irish Ferreis says repairs on to Ulysses more serious than originally anticipated and it will be out of service for up to two weeks. Photograph: Eric Luke

Several hundred holidaymakers who were forced to rearrange their travel plans after Irish Ferries cancelled all sailings of the WB Yeats to France this summer have now been told that their rescheduled crossings have also been cancelled.

Irish Ferries transferred around 80 bookings with the ill-fated WB Yeats onto Epsilon but its scheduled crossing from Ireland to France this weekend has now been cancelled so it can ferry passengers on the Dublin-Holyhead route.

Irish Continental Group, which owns Irish Ferries, confirmed on Monday that repairs on its Ulysses vessel were more serious than originally anticipated and it will be out of service for up to two weeks.

“As a result, we have had to adjust the schedules of some of our other vessels. The Dublin-Holyhead route is operating with the Epsilon on the Ulysses schedule alongside the Dublin Swift which will operate additional evening sailings,” the company said.

The Epsilon travels from Dublin to Holyhead during the week and does a single round trip from Dublin to Cherbourg every weekend. “As the Epsilon has been diverted to the Dublin-Holyhead route this weekend, we have unfortunately had to cancel this round trip,” a spokesman said.

Around 80 of the bookings, each of which accommodated a number of people, had been impacted by the disruption caused by the delay in arrival of the WB Yeats.

“We are contacting all customers to offer them alternative travel arrangements, which includes travelling on the Oscar Wilde, on another carrier or via a land bridge option. We would like to apologise to passengers for this disruption,” the spokesman said.