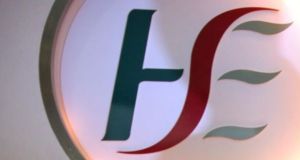 A major HSE internal audit review has identified significant weaknesses in how a number of senior management positions in the HSE were sanctioned and subsequently filled.

The review highlighted recruitment campaigns being carried out without a business cases for the move, inconsistencies in applying pay rates and persons being appointed in the absence of references and Garda vetting.

Internal auditors carried out a review into the recruitment and appointment processes involving 22 personnel in 2015 and early 2016.The review concluded that there were issues involving governance and risk management that needed to be addressed, a number of which were potentially systemic across the organisation.

“In the sanctioning process the full suite of documents were not fully completed as required in the governing and sanctioning circulars and memos prior to undertaking a recruitment campaign or with the appointment of personnel to temporary contracts.”

“At the contractual stage of the recruitment process there was substantial outstanding documentation such as Garda and overseas police clearance and in seven appointments, candidates commenced employment without the full suite of documents having been secured.”

The review found there were consistent weaknesses in the interpretation and application of the assistant national director pay scales.

There was also a lack of compliance with the HSE’s record retention policy.

The audit found that eight recruitment campaigns and four temporary appointments were made in the absence of business cases.

The HSE’s internal audit also identified possible conflicts of interests in a recruitment process involving the child and family agency Tusla and recommended that an independent human resources specialist is brought in carry out further investigations.

The audit finding, which was released on Tuesday, maintains that overall there are weaknesses in governance, risk management and control systems in Tusla that need to be addressed, particularly in relation to the failure to maintain complete records on the hiring of agency staff through an approved recruitment agency.

The audit also suggested that inconsistencies in the application dates for the payment of increments and starting points on pay scales may have resulted in overpayments.

The report was carried out after an anonymous protected disclosure which Tusla referred to HSE internal audit. Internal auditors were asked to look at a group of individuals who, it was contended, were recruited indirectly though an agency and later directly recruited through temporary or permanent contracts as a result of being associated with some senior mangers in Tusla.

An update accompanying the audit report, which was also released on Tuesday, says that an independent investigation commissioned by the board of Tusla and carried out by (solicitors) Beauchamps concluded that the allegations in the protected disclosure were not well founded.

“The investigator found no evidence to support the allegations in the protected disclosure and the internal audit report as examples of the wrongdoing alleged,do not show any breaches of law or policy and found no evidence of interference or attempted interference with an appointment process by an employee.”