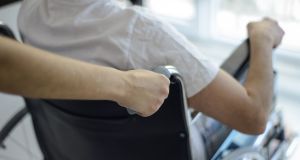 A disability centre in Co Roscommon was not adequately resourced or managed to ensure residents received a safe service, an inspection by the health and safety watchdog has found.

During an unannounced inspection at the Fuschia Services centre, the Health Information and Quality Authority (Hiqa) also identified issues relating to the restraint of residents.

Between June 2018 and October 2019, 12 notifications were submitted to the chief inspector relating to incidents where there were injuries to residents.

“Some of the information contained in the most recent notifications indicated concerns around the staffing levels and governance and management systems in the centre,” the report states.

The inspectors found that the quality and safety of care being provided in the centre “required significant review”.

Hiqa noted that training had been provided to staff to assist them when managing behaviours of concern. However, there was no guide in place on when to administer chemical restraint for a resident who required support in this area.

The inspectors said this was “particularly concerning” because the resident was given a chemical restraint in response to some of these behaviours on four occasions in the last month.

“This meant that there was no guide in place to ensure that the least restrictive measure was used to support this resident at all times in a safe manner.”

Inspectors also found that medication prescribed for a resident was dispensed in both blister packs and in a labelled container in the medication press.

In response to the findings, Fuschia Services said the person in charge has reviewed and amended a number of procedures, including the roster, training and fire safety procedures.

One of the issues that arose in another inspection included a requirement for two centres, run by Camphill Communities of Ireland, to improve safeguarding arrangements to ensure all residents were protected from the risk of abuse.

Hiqa also issued a notice of proposal to cancel the registration of Hawthorns, a HSE centre in Dublin, for failing to respond to negative issues for residents in relation to their living environment and supports.

However, a follow-up inspection found evidence of improvements in the governance and management of the centre; but concerns remained in relation to staffing numbers, the premises and the compatibility of residents.

An inspection of another HSE centre found a number of compatibility issues were ongoing between residents in one house, resulting in residents’ freedom of movement being compromised.