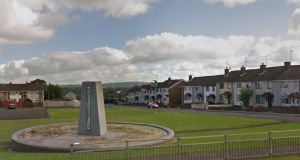 A 12-year-old girl has died in a house fire in Co Antrim.

The victim was from the Ballykeel area of Ballymena.

Paramedics said they was called to the property at Staffa Drive in the estate at around 5.50pm on Wednesday.

The Northern Ireland Ambulance Service (NIAS) added that a man who was in the house was taken to Antrim Area Hospital for treatment.

The fire service said three units attended. The Police Service of Northern Ireland said the cause of the fire had not yet been determined.

“No one can begin to imagine the grief the family is going through and they will need all the support and comfort the local community and further afield can give.”

“To now hear of this young girl’s death is devastating.

“The community rescue efforts were commendable but, alas, to no avail in respect of the child.”– PA