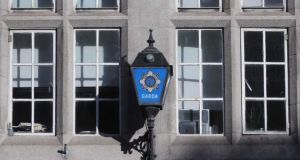 The president of the Garda Representative Association (GRA) has said expressed concern that implementing the new legislation related to Covid-19 could “clog up the system” coming on top of existing daily duties of gardaí.

Gardaí will be given new powers to fine people who hold house parties or breach travel restrictions under new measures agreed by the Cabinet on Tuesday.

GRA president Jim Mulligan said his members are awaiting the final details of legislation about enforcement measures for people not adhering to the Covid-19 restrictions.

There was a lot of anxiety among the business community and the public and clarity was required to ease that anxiety, he told RTÉ Radio’s News at One.

He said gardaí will continue to work to the so-called ‘three Es’ - engage, explain and encourage - and enforcement would be a last resort.

The vast majority of people had been very compliant during the last lockdown back in March and April, Mr Mulligan said.

He acknowledged that that there had been some who behaved recklessly, but said that the number of parties had been few and far between.

However, Mr Mulligan said he was not sure whether fines included in the new legislation will be on-the-spot fines and if they will have to be paid if the case goes to court. “I hope clarity will come this evening,” he said on Wednesday.

With regard to large public events such as protests, Mr Mulligan said he believed legislation was going to be put in place about the policing of such events.

He said he understood the frustrations of the people of the country who were doing their best, but there was a constitutional right to protest peacefully.

On Tuesday night it emerged that people who throw house parties can be fined €1,000 and jailed for up to a month while on-the-spot fines for breaching Government’s Covid-19 restrictions will be up to €500, according to planned legislation which will go to the Oireachtas for approval.

One source said that gardaí will be empowered to attend a house where there is a house party and ask the owner to stop the event. If they do not do so, they can be fined €1,000 on their first offence or jailed for a month, or both.

This will rise to €1,500 on the second offence or a jail sentence of three months, or both. On the third offence, this rises to €2,500 or six months in prison, or both.

Fines of €60 are being considered for people who breach the 5km restrictions due to come into force on Thursday.

A similar amount is also being considered for those who refuse to wear face masks in public areas such as shops and public transport.

months in prison and a €2,500 fine for breaching the movement restrictions which ranged between 2km and 20km at various

Under the new system, those breaking the limit may be issued with a fixed charge penalty notice, similar to a speeding

ticket. Anyone found undertaking a non-essential journey over 5km from their home could face the penalty.

Failure to pay the charge would result in escalating fines and eventually a court appearance and possible criminal conviction.

People who do not wear a mask while on public transport or in retail settings will also face fines under the new legislation.

Under the new plans, gardaí can also call to a door and break up a house party but they may not enter the home. Instead they will ask the owner to break up the party and if they refuse to do so they will be fined under a fixed charge notice.

Furthermore if a person is seen loitering in the area and gardaí suspect they are going to a house party, the officers can ask the person to leave the area. If the person refuses they will be fined.

Gardaí will be responsible for issuing the fines. They are expected to be ordered to take a graduated approach, similar to that taken during the previous lockdown. Those found in breach of the 5km restrictions or refusing to wear a mask will be encouraged to comply before any enforcement action is taken.