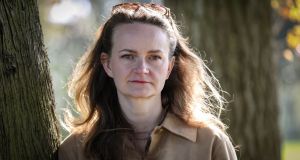 Teresa Buczkowska, from the Immigrant Council of Ireland, said migrants were continuing to provide many essential services in this country and ‘pay the price of being at the front line’. Photograph: Crispin Rodwell

Brazilians living in Ireland have become the foreign community most affected by the spread of coronavirus followed by Nigerians and people from the United Kingdom, new data shows.

Some 397 Brazilians living in Ireland tested positive for the virus between March and early October, with 300 Nigerians, 241 people from the UK and 233 Moldovans also testing positive, according to figures seen by The Irish Times.

The Health Protection Surveillance Centre (HPSC), which released the numbers, said ethnicity data was “not always available” when collecting information from coronavirus patients and warned that the ethnicity of individuals caught up in community outbreaks “may not always be completed”. The data made available is based on the country of birth of patients.

“Regional departments of public health are striving to improve the quality of these data and we may revise these figures in the future,” said the statement.

One hundred and nineteen members of Ireland’s Roma community have tested positive with five deaths reported to the HPSC. In direct provision centres, 314 people had tested positive by early October, with fewer than five deaths among asylum seekers in these centres.

Some 66 Pakistanis, 60 Latvians and 51 South Africans living in Ireland have also tested positive with fewer than five Syrians contracting the virus, according to the HPSC.

Sixteen foreign nationals who were born outside Ireland but live in the State died of the virus between March and early October.

A total of 50,993 people in Ireland have tested positive for the virus with 1,852 deaths to date.

With high rental prices pushing foreign students from Latin America, Asia and Europe into overcrowded housing, where they often share with up to a dozen other people, it’s not surprising the virus has spread among Brazilians. The Brazilian Left Front campaign group warned earlier this year that Brazilian students in Irish cities were “in a more vulnerable health position” as many have survived during the pandemic by working informally through food delivery.

It is understood that large numbers of Nigerians work as home carers, leaving them at greater risk of contracting the virus, while many Moldovans, as well as Brazilians, work in meat plants where a number of coronavirus clusters have occurred.

While the number of Filipinos who have tested positive for the virus appears quite low down on the HPSC list, the Filipino Consul has warned that its community is being “disproportionately affected” by the virus given the large numbers working in hospitals and as carers. About 16,000 Filipinos live in Ireland with the majority working in healthcare and hospitality.

Teresa Buczkowska, from the Immigrant Council of Ireland, said migrants were continuing to provide many essential services in this country and “pay the price of being at the front line”.

“Migrants are producing our food and are delivering it to our doorsteps. They are caring for our elders, keeping our hospitals clean and are providing essential medical care”. Migrants are also more likely to live in overcrowded conditions where they cannot practise social distancing or self-isolation, said Ms Buczkowska. She criticised the “backlash against migrant communities” during the coronavirus crisis, saying Irish lives would have been “much more affected by the pandemic if not for the migrants who stepped up”.

There are 14,910 Brazilians (including 1,270 Irish-Brazilians) living in Ireland, according to the 2016 census. However, the actual figure is believed to be much higher when taking into account the large number of students who have come here to learn English in recent years. Many Brazilians in Ireland also have dual nationality and may be registered as European.