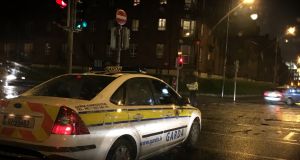 Motorists whose vehicles have been seized face court fines of up to €1,000 and release fees of €125 for the first day, and €35 for each additional day. File photograph: Bryan O’Brien

Gardaí seized 377 vehicles driven by unaccompanied learner drivers in the first 50 days of new legislation, according to the latest statistics.

From December 22nd until February 10th gardaí seized almost eight cars per day on average, from learner drivers who failed to obey the regulation requiring them to be accompanied by a driver who has held a licence for at least two years.

While it was already an offence carrying up to four penalty points and a fine of €120 for learners to drive unaccompanied, last December gardaí acquired new powers known as the Clancy Amendment, which allow them to impound the vehicles of learner drivers caught breaking the rule.

Motorists whose vehicles have been seized face court fines of up to €1,000 and release fees of €125 for the first day, and €35 for each additional day or part day.

Where the vehicle’s owner claims the vehicle was taken by the unaccompanied driver without permission, the gardaí may institute an additional prosecution for theft against the learner.

The amendment is named after mother and daughter Geraldine and Louise Clancy who were killed on December 22nd, 2015, when an unaccompanied learner driver lost control of her car in Co Cork.

Have your say: Should unaccompanied learners have their cars seized?

The Clancy family campaigned for the amendment and in recent weeks Noel Clancy, father of Louise and husband of Geraldine, has appeared on a new road-safety campaign describing how his wife and daughter were killed and how he misses them.

Among the first of the vehicles to be seized under the Clancy amendment was a car which was stopped on the M8 southbound, near Fermoy, by the local roads policing unit, according to the Garda. The driver had been detected speeding, and it was discovered he was an unaccompanied learner driver.

The level of vehicle seizures was described as “disappointing” but evidence of the need for the legislation, by a spokesman for the Road Safety Authority.

However Kerry TD Michael Healy Rae described the numbers as “a disgrace”.

Mr Healy Rae said young people were being criminalised because of the legislation and were not driving to flout the law, but because they had no other option to get to college or work. He said “politicians inside in the Dáil who voted to ban this told me privately that this is how they learned to drive themselves, it is the ultimate disgrace”.

Garda sources said there appeared to be some overlap between offences with those who were not compliant with the Clancy amendment frequently being responsible for further infringements.

In one such case, a youth stopped driving in south Dublin had no licence, tax or insurance and told gardaí he had bought the car for €90.

One incident found a motorist who was stopped because of a faulty rear light was in fact an unaccompanied learner driver who had taken off the car’s L-plates before driving.

In another case, an unaccompanied learner driver failed a roadside breath test and was found to be over the legal alcohol limit.

A learner motorist was detected in Co Kildare travelling at 115km/hr in a 50km/hr zone, while driving unaccompanied.