Number of victims of crime drops to four-year low 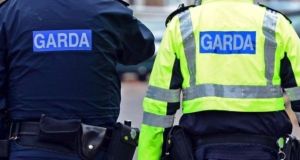 The survey concludes 4.5 per cent of those surveyed fell victim to crime in the last quarter of last year, the lowest level for four years

The number of people falling victim to crime has dropped to a four-year low, according to a survey of public attitudes on crime and policing in the State.

The research also concluded that when people did fall victim of crime, more of them than ever were now reporting the offences to An Garda Síochána.

The new findings, in a research project by Amárach Research on behalf of the Garda, debunk the widely held view the State is in the grip of a rural crime epidemic.

Some community and farming groups in regional areas claim rural crime has reached epidemic proportions. And they say the problem is not captured in the Central Statistics Office quarterly and annual crime data because people are too fearful to report crimes to the Garda.

They insist crime is high, and is worsening, in rural Ireland but that it is grossly under-reported.

But the new public attitudes survey, which covers the final quarter of last year, finds the very opposite.

It appears to corroborate CSO crime data of recent years that shows while some crime types have begun to increase again, crime remains low.

The survey concludes 4.5 per cent of those surveyed fell victim to crime in the last quarter of last year, the lowest level for four years.

And the research found when people were victimised in the last quarter of last year, some 89 per cent of them reported the crime to the Garda.

The Garda Public Attitudes Survey has been conducted quarterly since the start of 2015. It is based on interviews with members of the public all over the Republic.

It measures victimisation rates, how likely people are to report crime and how fearful people are about crime in their local areas and nationally.

The latest survey findings published on Tuesday once again found a pronounced mismatch in people’s perception of crime.

It means that, based on their own experience of their own area, few people were worried about crime. But they perceived other areas of the country were more seriously effected by crime to the extent it was a national concern.

Some 89 per cent of respondents reported having a high or medium level of trust in the Garda. Only 10 per cent had a low level of trust, slightly better than 12 months ago.