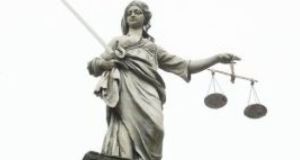 A Northern Ireland Police Ombudsman’s report has been condemned as unlawful and procedurally unfair.

A Northern Ireland Police Ombudsman’s report, which found RUC officers colluded with loyalists who murdered six Catholic men 23 years ago, has been condemned as unlawful and procedurally unfair.

Mr Justice McCloskey, sitting in Belfast High Court, held that the ombudsman went beyond his statutory powers in reaching conclusions on the Loughinisland atrocity, which he said were unsustainable in law.

He also found that none of the police officers subjected to “destructive and withering condemnations” of colluding with Ulster Volunteer Force (UVF) terrorists in the 1994 Heights Bar attack had the protection of due process.

“They were, in effect, accused, tried and convicted without notice and in their absence,” he said.

The verdict came in a legal challenge to the report which was mounted by retired police Raymond White and Thomas Hawthorne.

A further hearing next month will determine whether the watchdog’s findings should be formally quashed.

The case arose out of the incident in June 1994 when gunmen linked to the UVF opened fire in the Co Down pub as their victims watched a World Cup football match.

In June last year, the Police Ombudsman Dr Michael Maguire said collusion between some officers and the loyalists was a significant feature in the murders. He found no evidence police had prior knowledge, but identified “catastrophic failings” in the investigation.

One of the suspects for the attack was an informer, according to the findings. Police were also said to have been aware of a UVF gang operating in south Down and involved in previous murders. Other failures identified in the ombudsman’s report included a delay in arresting suspects whose names were known within 24 hours of the shooting.

But Mr White, a representative of the Northern Ireland Retired Police Officers’ Association, and Mr Hawthorne, a retired chief superintendent and former sub-divisional commander in the area, challenged the legality of the report.

Their lawyers argued that the ombudsman exceeded his legal powers in creating an ad hoc investigative system, and that his report denied rights and protections to those under scrutiny.

Delivering judgment, Mr Justice McCloskey held that the ombudsman’s report neither accused nor found him guilty of the “catastrophic failures” in the police investigation. Mr Hawthorne was also excluded from the “unambiguous determination” that collusion was a significant feature in the Loughinsland murders.

According to the judge the report should have made clear that the ombudsman’s unqualified findings did not apply to the former sub-divisional commander.

Referring to the collusion claims, he continued: “It is difficult to conceive of a more withering and damning condemnation of professional police officers.”

The ombudsman, he found, did not use the language of accusation, or opt for restrained vocabulary of opinion, belief or suspicion.

“Rather, he determined, unambiguously, that collusion had occurred,” the judge said. “This was an outright and unqualified condemnation. It is properly described as a verdict.”

Ulster Unionist Assembly member Alan Chambers said Dr Maguire’s position was untenable. “For the Police Ombudsman’s office to be the source of a report that has been so comprehensively rejected by the High Court should be a matter of huge embarrassment for the ombudsman, and he should do the right thing and go now.”

Traditional Unionist Voice leader Jim Allister said it was hard to think of a more damming verdict against the ombudsman. “It is time for Dr Maguire to consider his position,” he said.

Sinn Féin South Down MP Chris Hazard said the ruling did not mean collusion did not happen. “There is a wealth of evidence already established regarding the scale of state collusion with the loyalist paramilitaries who carried out the Loughinisland massacre,” he said.

Former SDLP South Down MP Margaret Ritchie said the ruling had added “to the unspeakable grief of those who lost loved ones”.

She added that the High Court had not “quashed the Police Ombudsman’s report into the massacre” and said that “the focus now must be on establishing institutions which deal with the past in an ethical and comprehensive way - victims and survivors have been let down for far too long”.