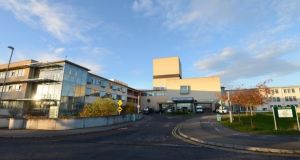 A 19-year-old man has died after falling ill at a music festival in Co Meath.

The man had been attending the Boxed Off festival at Fairyhouse Racecourse, Ratoath, when he became ill.

He received medical attention at the scene and taken to Connolly Hospital in Blanchardstown where he was pronounced dead on Sunday morning.

A Garda spokesman said a file would be prepared for the local coroner.

The festival organisers said the young man became unwell as people were leaving the festival site on Saturday night.

“The onsite medical team including an emergency doctor and advanced paramedics treated the man on site. He was then transferred to James Connolly Hospital by one of the onsite ambulances. Despite the efforts of all medical teams the young man tragically passed away early this morning,” the organisers said in a Facebook post.

They expressed their condolences to the man’s family and friends.

“The whole festival team is devastated by the news. We will continue to work closely with An Garda Síochána on this matter.”

Boxed Off bills itself as Ireland’s largest one-day electronic music festival and this is the fourth year it has taken place.