Alcohol, under-reporting and lack of understanding make it difficult to measure extent of problem 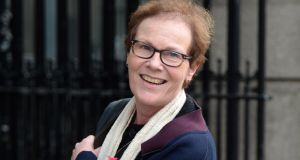 Again, and again, the same issues arise for those who deal with sexual assault allegations involving third-level students: alcohol, a fear of reporting and a lack of understanding about sexual consent.

So often do those issues appear that it is extremely difficult, if not impossible, to discover how bad the problem of sexual assaults now is in Irish third-level colleges.

On Tuesday, it was reported that three students in University College Cork (UCC) had alleged that they had been raped, but none of them had reported it because they were inebriated at the time and feared that they would not be believed.

Two of the students have left university. One might yet still do so.

In the wake of the report, the Dublin Rape Crisis Centre (DRCC) said it, too, had already been contacted by a small number of young students “deeply distressed” by sexual assaults.

The women, all from outside Dublin but all of them attending courses in the capital, had said they intended to return home as a result.

In the United States, it has been found that the number of rapes and sexual assaults against young women is at its highest in their first two months in college, when they are still newly away from home, and when alcohol is flowing freely in early term parties.

However, Noeline Blackwell, chief executive of the DRCC, said it had found little evidence that the same happens in Ireland, but there is large-scale under-reporting of sexual offences.

Often, the victims fear that they “will be asked what they did to prevent it” and fear that they will not be believed, so they say nothing. Recently, the DRCC asked young people at a music festival what they “wished they had known earlier” in life. Many answered “how to say no” or to communicate better.

“We have to get to a point where we equip our children to go to college,” Ms Blackwell said, adding that this applied to young men who “can do harm without even knowing that they are doing it”.

The DRCC says student unions have done much in recent years to push consent issues to the fore of campus life.

Jennifer Gavin, who runs the DRCC’s “Ask Consent” campaign since its launch in 2015, has spent a lot of time at campus events, particularly for Freshers (first-year students), and has noticed a shift in thinking.

Talking to students she found that sex education in secondary school was still lacking. “A lot of them haven’t got the language. They find themselves embarrassed,” she said. “They just don’t develop these skills.”

But while there is undoubtedly a gap in awareness, under-reporting of incidents is still the big issue, she believes.

Ms Gavin sees examples where young students don’t understand the meaning of sexual assault – she gives the example of a young man whose genitals were groped by a group of girls. They treated it like a joke but he found the experience upsetting.

There has been some research. The 2013 Union of Students in Ireland (USI) report “Say Something”, based on a survey of 2,752 students, found 16 per cent of respondents had experienced “unwanted sexual contact”. Some 5 per cent of women said they had been raped, and a further 3 per cent that they had been the victims of attempted rape.

Dr Elaine Byrnes, who conducted research at NUI Galway in 2015, found that over a 12-month period, 8 per cent of females and 3 per cent of males were certain of experiencing sexual contact “and they weren’t able to give consent or stop what was happening” due to being “passed out, drugged, drunk, incapacitated or asleep”.

Alarmingly, 8 per cent of females and 4 per cent of males were uncertain whether contact had happened.

A source at one university who works directly with students and who requested anonymity said “99 per cent” of cases regarding non-consensual contact involve alcohol and most people cannot remember exactly what happened. They rarely lead to any formal action, the person said.

“It’s impossible to know [the level of under-reporting]. I honestly think there probably is but again it’s [linked to] drinking. People say ‘I just don’t know what happened.’”

Third-level institutions also do not necessarily deal directly with allegations of rape or sexual assault which are handled by gardaí. Some have liaison guards who can informally discuss the process with students before any formal complaint is made.

UCC recently introduced a compulsory undergraduate module on “Bystander Intervention” which is to be rolled out across all departments.

Dublin City University (DCU) is running its second year of “consent workshops” following a pilot attended by 253 students last year. It has published a sexual misconduct policy and is running a consent awareness programme this year.

At its recent orientation week, the Dublin Institute of Technology students’ union addressed incoming first-years about the importance of consent. It also offers counselling services.

University College Dublin (UCD) said its first-year students were given consent education video screenings and had established an advisory group to consider strategies for the prevention of sexual assaults and mechanisms to increase the level of reporting.