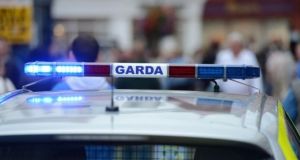 Gardaí have appealed for witnesses to contact them following a fatal crash in Co Dublin. Photograph: Frank Miller/File photo

A man has died following a crash involving a van in Co Dublin in the early hours of Sunday.

Gardaí said emergency services attended the scene of a collision which occurred at about 4.15am on the Naas Road at Kingswood.

One man, who was on foot and aged in his 30s, was injured in the incident and pronounced dead a short time later.

The road is currently closed to traffic and Garda forensic collision officers are at the scene. Local diversions are in place.