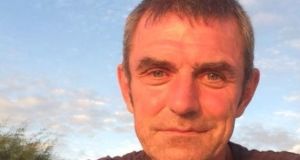 Anthony O’Sullivan cannot leave the Bangkok hospital where he was found until his medical bills are paid, his family has said.

The family of an Irishman who was found in Bangkok after going missing from his hotel has launched an appeal to bring him home.

Experienced traveller, Anthony O’Sullivan (54), from O’Neill Crowley Tce in Mitchelstown, North Cork, disappeared from his hotel in the Thai capital on January 18th.

Family members including his brother, Martin and sister, Anna Cotter travelled to Bangkok to try and co-ordinate a search for him with assistance from officials from the Irish Embassy in Bangkok.

Mr O’Sullivan was found in a local hospital late last week and today his sister, Ms Cotter, told Patricia Messinger on the Cork Today Show on C103FM she was trying to get him home for treatment.

“I have to get help to get Anthony discharged - at the moment I have to pay his hospital bills to get him discharged as we want to try and fly home with him tomorrow,” said Ms Cotter.

“I have to get a letter from the hospital to say he is okay to fly but because he is not 100 per cent better, they are very slow to give me that letter which is very frustrating,” she added.

Ms Cotter explained her brother had suffered a perforated bowel which had left him “very weak and very shook” while he had also lost a lot of weight so she was anxious to get him home quickly.

“He had a perforated bowel so because of that he has a lot of bacteria in his body and it could take two weeks for it to clear with antibiotics, but I don’t want to stay in Bangkok for two weeks longer.”

According to a statement issued by the Dept of Foreign Affairs, it is aware of a case of an Irish citizen requiring medical treatment in Thailand.

“Department officials in Dublin, along with the Embassy of Ireland in Bangkok, has been liaising and providing ongoing consular assistance to this individual and their family,” it said.