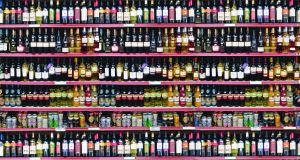 Adrian O’Sullivan, of the Environmental Health Association said the legislation was a practical measure to limit the visibility and availability of alcohol.

New legislation is aimed at both “de-normalising” the sale of alcohol and reducing impulse buying, which accounts for almost one-third of alcohol purchases, according to the vice-chairman of the association representing public health staff.

Adrian O’Sullivan, of the Environmental Health Association, said the new Public Health (Alcohol) Bill is a welcome piece of legislation which should be passed in its entirety by the Oireachtas.

The Bill provides for product separation which requires shop owners to set aside a separate area for the sale of alcohol. Mr O’Sullivan said this was an important measure, but there seemed to be a lot of scaremongering over the proposal with retail representative bodies voicing opposition to it.

“The aim of this legislation is firstly to de-normalise the purchase of alcohol because alcohol is not a normal product and should be not for sale next to bread, nappies etc. And by decoupling alcohol from the daily shop, you are protecting children and vulnerable people like recovering alcoholics.

Speaking at a public meeting on the Bill organised by Independent Senator Frances Black, Mr O’Sullivan said the legislation was a practical measure to limit the visibility and availability of alcohol, as self-regulation within the retail industry simply did not work.

Mr O’Sullivan said one of the arguments made by the drinks industry was that product separation would affect sales. But retailers were still selling tobacco, lottery tickets, lighter fluid and matches even though customers had to ask for them because they were behind a counter.

“The drinks industry says there is no empirical evidence to say that product separation will save a single life – of course there isn’t because we haven’t tried it yet, but the absence of evidence is not equal to the evidence of absence.”

Senator Black said much of the opposition to the Bill was currently focused on the issue of product separation but in reality all the measures included in the Bill were relatively minor and should not provide grounds for politicians refusing to ratify the legislation.