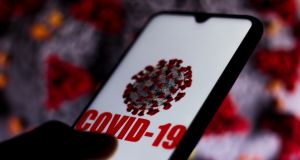 While little is known about the precise detail of how the app would work, it is likely it will use Bluetooth to identify other nearby phones. Photograph: iStock

The Government has been criticised for its failure to provide “even rudimentary information” about its proposed Covid-19 smartphone application.

The app, which would allow for the rapid identification of close contacts of confirmed cases of Covid-19, is seen as a key element of the State’s plan to relax onerous restrictions on the public designed to curb the spread of coronavirus.

However, privacy and transparency advocates have raised concerns over the manner in which the app is being developed.

In a letter to the Health Service Executive (HSE), advocacy group Digital Rights Ireland this week asked for further clarity on several aspects of the app. The group said that despite previous letters, the HSE “haven’t provided even rudimentary information about the app you propose to put on the market”.

Antoin O Lachtnain, a director of the group, told The Irish Times that he had received no reply to this letter, or another one sent to the HSE’s chief information officer earlier this month.

“The big concern at this point is the lack of transparency about what the purpose of this is and how it will actually work... Could it turn into something else, like a Covid-19 status app,” he said. “It’s not that that is necessarily a bad thing, that might be the thing to do, but we have to be open and transparent about it.”

The HSE has said that the app will be opt-in, effectively relying on people to download it and give permission for it to gather information from their smartphone.

While little is known about the precise detail of how the app would work, it is likely it will use Bluetooth to identify other nearby phones. When someone is diagnosed with the virus, their phone data can be used to send a notification to those devices, which are likely to be owned by someone they have been in close contact with.

The priority should be to come up with workable solutions to these problems, to combat the growth of this disease

Mr O Lachtnain said his group and others in the civil liberties space were anxious that the app achieve its public health goals, but that they were concerned over a lack of disclosure from the HSE.

“The priority should be to come up with workable solutions to these problems, to combat the growth of this disease, but we have to be open and transparent about the measures we are taking.”

The privacy advocates are asking that the source code of the app, as well as a report known as a Data Protection Impact Assessment (DPIA) be made public in advance of the app’s launch. The HSE has said it will do so once the app is live.

Aside from privacy issues, the success of the app may by held back by several technical issues.

For example, Apple phones do not allow apps to use a phone’s Bluetooth function in the “background”, meaning the app must be open at all times for this function to be active. Large numbers of people will also have to download and use the app for it to be effective at rapid contact tracing.

The Government is in informal consultation with the Data Protection Commission (DPC). A spokesman for the DPC said it had not received a formal impact assessment of the app.

If privacy issues are identified by the HSE which cannot be mitigated, or if new legislation is required, the DPC must be formally consulted.