Q&A: What do new Government orders mean for our summer of sport?

With mass gatherings of over 5,000 people banned until September, we look at what’s left on the sporting horizon 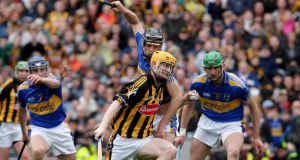 The Government has kicked big ticket sports events down the road following Tuesday’s edict that bans mass gatherings of 5,000 people or more due to the ongoing Coronavirus until September 1st. It’s likely to mean that the GAA, IRFU and FAI keeping their fingers and toes crossed that post deadline there is scope to generate significant revenue from staging marquee fixtures.

It may guarantee, pandemic permitting, a potentially cluttered fixture calendar, as sport looks to redress a serious financial shortfall in terms of gate receipts, sponsorship, advertising and television revenue due to fixture postponements and cancellations, in the final three months of the year. All this is contingent upon a massive change in the current circumstances relating to Covid-19, which at this time remains a shaky premise.

The Government promised further clarification in relation to sport ahead of the latest ‘lockdown’ landmark of May 5th. An incremental relaxation in some rules and regulations in relation to social isolation and cocooning policies that may carry over into sport is anticipated in the coming months, provided it in no way compromises the effort to ‘flatten the curve.’

So who is providing advice to the Government on matters sport?

Minister of State for Sport, Brendan Griffin, has been co-ordinating meetings with National Governing Bodies (NGB) of various Irish sporting organisations, the latest of which took place on Wednesday. Sport Ireland has facilitated the process in gathering information that is germane to any potential graduated resumption on a sport by sport basis.

John Treacy, chief executive of Sport Ireland, and his team have been collating information so that “sport can activate itself as quickly as possible, coming out of this crisis,” pointing out that the data will be used by the decision makers within the relevant Government departments so that in “lifting the lockdown and doing so gradually, they’ll know what position, a sport is [in].

Aren’t there sporting green shoots elsewhere in the world?

Looking at a few mainstream examples the Bundesliga, albeit with matches behind closed doors, is set to return by May 9th, golf on the PGA Tour in scheduled for mid-June, again without spectators, while horse racing in various parts of the world looks like resuming, minus the trackside patrons. Uefa wants to have leagues up and running across the continent by the end of June, the qualifying rounds for European club competition by the end of July and a Champions League final on August 29th.

What prospects are there for the GAA to run the championship in football and hurling?

GAA president John Horan recently outlined a lack of appetite among players and supporters for the championships to be played behind closed doors. The Government ruling suggests the GAA won’t be inclined to run the football and hurling championships before September. A practical element is that gate receipts provide a huge tranche of the GAA’s income. Plan A is a traditional version with the qualifiers run in tandem with the provincial championships while Plan B is a straight knockout competition with no qualifiers. A window of roughly 10 weeks is required.

What about the Airtricity League and international football?

The FAI is seeking clarification from the Government as to the small print when it comes to their mass gatherings maxim and what criteria apply inside and outside grounds etc.

If there was a relaxation of the social restrictions then the FAI’s current aspiration to resume the Airtricity League on June 19th and the Women’s League on June 26th could be possible, starting initially behind closed doors and then introducing spectators under tightly regulated guidelines.

Not everyone believes this will be possible. St Pat’s have furloughed their players until the autumn. The Republic of Ireland team are due to play Finland in a Nations League game on September 6th, just five days after the new Government deadline expires.

What’s the state of play with the Six Nations, summer tours, Champions Cup and Pro 14?

Over 80 per cent of the IRFU’s revenue income is generated around Test matches – a fact that’s replicated for unions and federations globally – and so the unadulterated priority is to try and agree a fixture schedule for later in the year. There won’t be an announcement on the cancellation of summer tours until the alternative is fully formed. Ideally the IRFU would like to re-fix their postponed Six Nations games for late September and then either have another Six Nations in October and November or host southern hemisphere visitors.

Once international fixtures have been agreed, then Champions Cup and Pro 14 will be invited to the table. The French – they want to resume by August domestically – and English leagues are easier to reconvene because of their one country base.

Regarding the Champions Cup, EPC Rugby told The Irish Times this week that: “EPCR is working with the leagues and unions to restructure a conclusion to its season as part of a wider rescheduling of the remainder of the season in Europe, with all contingencies underpinned by the requirement to protect the health and welfare of players, club staff, match officials, supporters and the wider rugby community.

“EPCR remains committed to completing the knockout stages of the 2019/20 Heineken Champions Cup and Challenge Cup, subject to directives from governments and local authorities, and it is planned to reschedule the quarter-final and semi-final matches, as well as the Marseille finals, in line with fixtures in the professional league competitions.”

What about golf, a sport that lends itself under certain conditions to social distancing?

Senior officials from the GUI, ILGU, CGI and Golf Ireland have been meeting to formulate guidelines for Government perusal to establish parameters under which golf might resume when restrictions are eased. Clubhouses would remain closed and people would be encouraged to go from the car park to the first tee but even that would require an area where groups waiting to play could observe social distancing.

Clubs would only be permitted to allow members out on the course with no green fee or society traffic. There would be strict regulations with regard to tee boxes, greens, bunker rakes, flags, and a requirement to disinfect clubs and trolleys.

Tweaking the booking process in clubs would be required, so too the interval between tee times. Irish golf’s administrators also undertook a survey to which over 300 clubs responded to establish what support was required financially and otherwise in a post Covid-19 environment, one that has already claimed Killorglin and Castleisland golf clubs which have closed recently.

1 Tipping Point: DeChambeau’s transformation raises questions, but who will ask them?
2 Clock ticking for Jorginho to force his way back into Lampard’s plans
3 Mental clarity in chaos: Novak Djokovic, the man who turned two into three
4 Patrick Mahomes reported to have signed 10-year $400m deal with Chiefs
5 Monica Seles: The warrior queen who could have been the best ever
Real news has value SUBSCRIBE
Here is your handy guide to sport on television this week