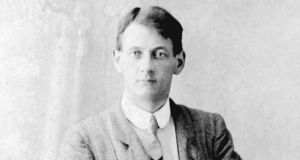 Cork City Council honoured its martyred Lord Mayors, Tomás MacCurtain and Terence MacSwiney this week at a special meeting to mark the 100th anniversary of their election to Cork Corporation in 1920.

Over 140 descendants of the members of the 1920 Cork Corporation, including MacCurtain’s grand-daughter, Fionnuala MacCurtain and MacSwiney’s grandson, Cathal MacSwiney Brugha, attended the special meeting on Thursday.

Lord Mayor of Cork, Cllr John Sheehan said that the 1920 Cork Corporation was significant as it was the first corporation in the city elected by Proportional Representation and the first to pledge allegiance to the new Dáil Éireann.

“The 1920 local elections played a key transitional role in Irish revolutionary history. It was indeed a time of revolution and change and a time when men and women fought for equality and when women won the right to vote.

“It is a special privilege for me personally to hold the position of Lord Mayor in this centenary year and I have the honour of wearing the chain that Tomas MacCurtain and Terence MacSwiney wore a century ago.

“I am reminded every day of the sacrifices that they and many others made for our freedom... we have an obligation, as a council, to continue the work and legacy of the brave men and woman who led by example a century ago.”

Historian, Dr John Borgonovo of UCC pointed out that the 1920 municipal elections gave Sinn Féin an opportunity to peacefully resist the British State while also demonstrating its capacity for orderly self government.

To avoid splitting its strong working class support, Sinn Féin ran on a joint ticket with the Irish Transport and General Workers Union which was republican and linked to the independence movement in Cork, he said.

Together they won 30 seats on the 56 seat corporation, including the first woman elected to Cork Corporation, Cllr Annie Sutton and they duly elected Cllr Tomas Mac Curtain as Lord Mayor of Cork on January 30th 1920.

“In his acceptance speech, Mac Curtain also supported the Corporation’s unionist councillors, declaring that they were entitled to representation in the government of the affairs of the country,” said Dr Borgonovo.

Political scientist, Dr Fiona Buckley of UCC noted women won 42 of the 1,800 seats that were up for election nationally and while a welcome development, it was hardly “the fair proportion” claimed by the Irish Independent.

Among those in attendance at the special council meeting were some 16 former Lord Mayors of Cork including former Fine Gael Minister of State, Bernard Allen whose grandfather, James Allen was on the 1920 Corporation.

The Houses of the Oireachtas were represented by Senator Denis O’Donovan and the Expert Advisory Group on Commemorations by Dr Martin Mansergh while the Deputy Mayor of Cork County, Cllr Martin Coughlan also attended.

The Chief of Staff of the Defence Forces, Vice Admiral Mark Mellett, Brigadier General Patrick Flynn and Commodore Michael Malone also attended as did singer Sean O Se who sang The Soldier’s Song as Bearla, as it was sung 100 years ago according to the corporation minutes, to bring the meeting to a close.