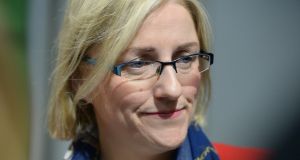 Ireland’s anti-abortion movement has not been defeated and the State will again have a law restricting abortion similar to the Eighth Amendment, the MacGill Summer School has heard.

Cora Sherlock of the Love Both campaign said the vote to repeal the amendment and liberalise abortion laws had been “a radical drift backwards rather than a step forward”.

Insisting that the anti-abortion side’s arguments were ignored during the campaign, she said the result “would have been very different” if both sides had received “a fair hearing”.

Abortion was made legal in America in 1973 after the Roe v Wade Supreme Court decision. But Ms Sherlock said political events there had opened up the possibility of that decision being reversed.

Ms Sherlock said she was encouraged by the huge number of young people who engaged with the anti-abortion movement. An exit poll on the day of the vote found the 87.6 per cent of 18- to 24-year-olds voted to remove the amendment.

Anti-abortion campaigners are different to other campaigners because “they simply don’t stop”, she said. She added that “there are already people working on how to put it back in” so that Ireland can be “ a country that protects everyone”.

Ms Sherlock also criticised the proposed abortion law which will compel anti-abortion doctors to refer women to colleagues willing to carry out the procedure.

“Genuine freedom of conscience is soon to be outlawed. [Minister for Health] Simon Harris has made that clear.”

Amy Rose Harte, communications director of the Together For Yes campaign, told the summer school the Yes campaign was a “grass-roots, civil society campaign” which was “focused, precise and completely female-led”.

She said abortion was a “no-go area” for many in politics before the death of Savita Halappanavar in 2012, which had shown “public opinion was streets ahead of the establishment”.

Ms Harte said the anti-abortion campaigners were “very skilled” at getting their views heard during the campaign and “continue to have a large platform”.

She said that unlike pro-choice advocates following the introduction of the Eighth Amendment in 1983, anti-abortion activists can continue to make their voices heard online.

1 Tyrone midwife on the cover of Vogue magazine
2 Mother of three (41) who had to fundraise for her own cancer treatment has died
3 Barack Obama urges those protesting in US to seize the momentum
4 Luke ‘Ming’ Flanagan bares his bottom half to European Parliament
5 Covid-19: Varadkar downplays expectation of accelerated lifting of restrictions
Real news has value SUBSCRIBE