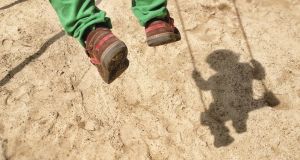 A Co Carlow park that was forced to close last month after its insurance premium more than tripled following a personal injury claim is set to reopen on Thursday. File photograph: Getty Images

A Co Carlow park that was forced to close last month after its insurance premium more than tripled following a personal injury claim is set to reopen on Thursday.

Tinryland Park, which is a not-for-profit civic amenity hosting an astroturf pitch, a tennis court and a children’s playground, has been closed since the beginning of December after its directors were notified of an increase in the insurance premium for the park.

The directors said the increase from €2,500 to €8,300 could only be attributed to a pending compensation claim following on from an incident in 2016, in which a person suffered a fall in the park.

Jim Deane, one of the directors, said a new insurer was sourced through Wright Insurance Brokers on Wednesday. This new insurer quoted them a lower premium of about €4,500. “We’ll be opening our park on Thursday, which is fantastic news for our community,” he said.

“When we went to renew our insurance it had jumped, which forced us to close our park because of a pending claim on our park,” he said. “We’re a volunteer community park so we don’t actually have resources. We just pay our liabilities.

“Our premium is still very significant for us as volunteers, but it’s come down a good bit as Wright have waived their commission.”

However, Mr Deane also said there was a need to overhaul the insurance sector. “People are pretty angry about this,” he said. “It’s an area that needs to be looked at. I’ve no issue whatsoever with people being properly compensated. That’s what we pay insurance for.

“We fundraise and struggle to pay it [insurance] every year. Nobody seems to be able to explain why it jumped so much. It was a total shock. We’ll have a busy year of fundraising now to come up with the extra money for the new premium.”

Frances Byrne, who is also a director, as well as the company secretary for the park, said there was nothing out of place in the park at the time of the incident in 2016.

“The insurance is funded by gains from the astroturf pitch and fundraising activities,” she said. “We’re a registered charity and we wouldn’t have that kind of money. It wouldn’t have jumped for any other reason than this claim.

“A person fell. We have it in writing that the park is perfect. The surfaces were perfectly adequate for public use. There were no paving stones. There was nothing out of place. It costs insurers a lot of money to investigate claims.”

Isme, the association for Irish SMEs, said it was “disappointed” at the temporary closure of the park.

Speaking on the effect personal injury awards were having generally, Isme chief executive Neil McDonnell said reform was being stalled by “aggressive lobbying” by the legal sector.

“We need a legislative cap on general damages to be introduced immediately,” he said.

“The Minister for Justice needs to get the Judicial Council over the line, and needs to initiate a dialogue with the judiciary about the chilling effect personal injuries awards are having on all aspects of Irish life, society, and health.”