Proposal to come before Cabinet in first quarter of the year, 12 years after first recommended 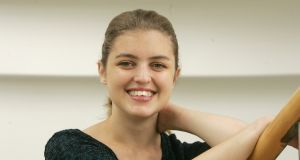 Organ donation legislation was brought back on the public agenda recently because of a documentary on the experience of campaigner Orla Tinsely as she awaited, and then received, a double lung transplant in New York. Photograph: Alan Betson

Long-promised legislation governing consent for organ donation in Ireland is expected to come before Cabinet for publication in the first quarter of this year, over 12 years since it was first recommended to government.

The proposed legislation, which arose out of recommendations made as far back as 2006 in the Madden Report, missed its deadlines for publication in 2018.

The Human Tissue Bill sought to lay down a framework to obtain the consent of parents, and next-of-kin for the removal of organs, and was also to include for the first time an “opt-out” approach to organ donation, whereby a deceased person would be deemed to have consented to donate their major organs, including kidneys, heart, lungs, and liver.

Under the present system, the decision rests with the next-of-kin even where the deceased person had an organ donor card, or indicated their wish to be an organ donor on their driving licence.

The new system will presume consent unless the deceased, whilst still alive, had specifically stated they did not want to donate organs. To avoid any sense of coercion, however, under the proposed new scheme the next-of-kin will still be consulted and, if they object, the donation will not proceed.

Successive governments have promised to publish the Bill, and it was included in the Programme for Government of the current Fine Gael-led Coalition in 2016.

Minister for Health Simon Harris got Cabinet approval in 2017 to publish the Heads (draft of the Bill). While pubic consultation during the summer of 2017, progress towards publishing the Bill had been slower than expected.

Mr Harris said he intended for the Heads to be published during 2018 but the draft legislation did not materialise. It is now expected to come before Cabinet before March.

The latest figures for organ donation in Ireland show that the number of deceased who donated organs fell from 99 in 2017 to 80 last year. It allowed for 231 transplants to be carried out in 2018.

Professor Jim Egan of the Mater Hospital, chair of Organ Donation Transplant said he was not unduly concerned at the fall last year, as 2017 was an exceptionally high year. However, he did emphasise the need for the legislation to be enacted.

“Eighty donors would represent an average year. The key is an enhanced organ donation infrastructure. That would involve nurses in the intensive care unit with specialist training. The Human Tissues Bill also plays a part,” said Prof Egan.

The issue was brought back on the public agenda recently because of a documentary on the experience of writer and cystic fibrosis campaigner Orla Tinsely as she awaited, and then received, a double lung transplant in New York.

Ireland remains one of a few EU countries not to have an opt-out system. The Bill will also regulate the removal, retention, storage, use and disposal of human tissue from deceased persons. It will also provide general conditions for the removal, donation and use of organs and tissues from the deceased and living persons of transplantation.