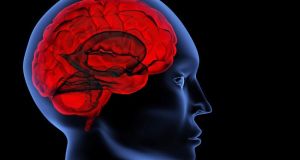 “It is expected this breakthrough will. . . lead to earlier diagnosis and better treatments for people with certain brain disorders,” says Dr Vijay Tiwari at Queen’s University Belfast.

Earlier diagnosis and better treatments for people with depression and certain brain disorders may be possible following a research breakthrough involving Belfast-based scientists.

They have found how a specific protein plays a crucial role in the generation of neurons – the nerve cells that relay electrical signals it the brain. This was made possible by focusing on a specific time and location during brain development, and how its disruption can lead to intellectual disability and depression in adults.

A research team led by Queen’s University Belfast (QUB) in collaboration with the Centre for Regenerative Therapies at Dresden University in Germany have published their findings in the journal Genes & Development.

“It is expected this breakthrough will have a major impact on our fundamental understanding of brain development and lead to earlier diagnosis and better treatments for people with certain brain disorders,” said Dr Vijay Tiwari, who is based at the Wellcome-Wolfson Institute for Experimental Medicine at QUB.

“Our study reveals the key role this protein plays during the birth of probably one of the most important cells in our body – the neuron.”

Brain development is a highly complex process that involves generating various types of cells at defined time points and locations during embryonic development, he explained. Any kind of interference during these processes is known to cause diseases including a range of intellectual disabilities.

“Among these brain cell types, neurons are the working unit of the brain, designed to transmit information to other nerve cells and various tissues in the body, such as the muscles as well as storage of memory in our brain,” he added.

While the field has rapidly advanced, the mechanisms creating the birth of neurons from their mother cells, called neural stem cells, in time and space during development has not been well understood until now.

To conduct their study, the researchers looked at brain samples to closely determine the development of various cell types within the brain.

“The study showed how the presence of a specific protein (called Phf21b), within a defined time window of brain development and in a specific location in the brain, signals the birth of neurons from neural stem cells in the right place and at the right time,” said Dr Tiwari, who is a molecular biologist working in neuroscience.

The researchers found that removal of Phf21b stopped production of neurons from neural stem cells and led to severe defects in brain development. They also found the importance of this protein, in particular in the folding of DNA in cells going on to form neurons.

“Understanding how a cell type in the brain is born at a specific point and in a specific place during development is crucial in our understanding how neurological issues arise later in life. We hope this discovery will pave the way for earlier diagnosis, earlier interventions and better treatment for people with a brain disorder, such as depression,” he said.

Their research suggested screening for certain genetic variants would enable earlier diagnosis, in contrast to a scenario where depression in adults is not usually detected until a person is seriously depressed.