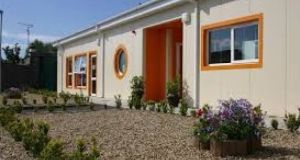 Three children attending a creche in Co Meath have tested positive for Covid-19, bringing the total number of cases at the facility to five.

The children, who are siblings, were confirmed on Sunday night to have contracted the virus.

Two members of staff at the creche in Navan tested positive last week.

Eleven children have been tested so far since the two adult cases were diagnosed. Eight results were returned negative.

However, some preschool children in another pod at the creche are still waiting for results.

“I have closed another room at the facility, and the parents of children in all other rooms which remain open have been informed of developments,” she said.

“We have followed all guidelines and advice given to us from all the relevant bodies.

“Eleven children have been tested so far, and three siblings have proved positive for Covid-19. None of them are showing any symptoms of the virus.

“The results of seven staff have been returned as negative, and there are about seven children to be tested in the coming days.”

Children at the facility have been split into pods of up to eight, with two staff members in each as part of Covid-19 response measures.

Two rooms were closed immediately after one member of staff tested positive last week. Another staff member in another room who was tested as a precaution was also positive. Neither of the staff who tested positive had been in contact with each other either in or outside of work.

The second room had been closed due to a staff member who had been “floating” between two pods in the two rooms.

The third room was closed on Monday morning due to the latest developments.

The results were described by Ms Daly as “extremely devastating” after an investment of €10,000 in protective personal equipment and other Covid-19 measures at the facility.

“We have done everything we can to try and stop this virus coming into this building, and the worrying thing is that all the children who contracted the virus are asymptomatic.

“Everyone is worried but the parents and preschool inspectors have been extremely supportive to us.

“We really are all in this together. We can’t deal with this on our own. Everyone has to take responsibility for themselves and we all have to be open and honest about it.”