Small hospital radiology departments under pressure due to inadequate staffing 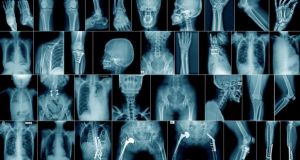 Radiologists have said all public hospital radiology departments are under pressure due to the demands placed on them. File photograph: iStock

Greater support is needed for smaller hospital radiology departments which are under pressure due to inadequate staffing and equipment, the Faculty of Radiologists has said.

Responding to the report on a review of over 46,000 scans at University Hospital Kerry, which found 11 patients suffered a delayed diagnosis, the faculty said all public hospital radiology departments are under pressure due to the demands placed on them.

“These problems are most acute in small departments such as UHK, where burdens such as on-call duty are spread between a small number of consultants,” said Dr Niall Sheehy, dean of the faculty.

“These departments frequently have difficulty in recruiting consultant radiologists and may be over-reliant on locum support and outsourcing.”

The review of CT scans, ultrasounds and chest x-rays concerned the work of a single consultant radiologist who no longer works at the hospital, which has a catchment population of 150,000 spread from Kerry, West Limerick and North Cork.

Over 2 million scans are performed in Irish hospitals every year, the vast majority to a high standard, Dr Sheehy pointed out.

However, no test was 100 per cent accurate and “errors may occur both in the technical performance and in the reporting of a radiologic examination”.

“Examinations are reported by humans and humans make errors. Whilst individual errors are regrettable with potentially profound implications for the patient, errors do not always imply negligence or malpractice.”

Welcoming the recommendations of the report, the faculty also extended its sympathy to the patients affected by the review.