Man overcharged for hospital stay gets refund after Ombudsman investigation 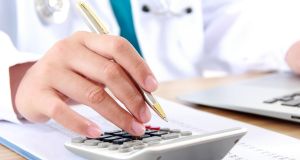 The HSE has refunded the €750 in excess charges paid by the man following the investigation by the Ombudsman, Peter Tyndall. File photograph: iStock

The Ombudsman has advised patients with queries about health charges to contact the Health Service Executive after he secured a refund for a patient who was overcharged for hospital stays.

The man was charged €1,500 for a number of hospital stays despite a cap of €750 on overnight charges being in place at the time.

The HSE has refunded the €750 in excess charges paid by the man following the investigation by the Ombudsman, Peter Tyndall.

It has also updated its website with clearer guidelines on charges, along with advice on the importance of patients keeping receipts. Information notices have been updated in hospitals and hospital groups have been asked to do the same.

The man, who suffers from a severe kidney condition, was admitted to two different hospitals over 12 months. He spent a total of 30 nights in hospital.

At the time there was a €75 per day charge for a hospital stay. (The charge is now €80 per day). However, this charge was capped at €750 in any 12 month period regardless of how many public hospitals a patient was admitted to, or the condition that required treatment.

When the Ombudsman investigated he was initially told by the HSE that the 12 month cap was in respect of each hospital and, therefore, the man was correctly charged €1,500.

However when Mr Tyndall brought the relevant legislation to the HSE’s attention it agreed to refund the excess charge to the man.

The investigation has revealed there is no integrated payment system for managing hospital charges nationally. Mr Tyndall said he was concerned other patients could be similarly affected in the future.  He said he would review the actions taken by the HSE in the coming months.

The HSE has meanwhile suffered a shortfall in private patient income of €85 million as a result of a campaign by health insurers to discourage their patients from using private health insurance for hospital stays and to be treated as a public patients instead.

Patients who have queries on their hospital charges have been advised to contact the HSE at 041 6850300 or hselive@hse.ie.