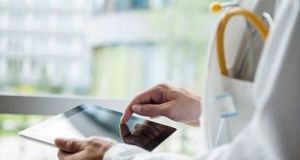 The review was the largest ever conducted of X-rays and other tests in the Irish hospital system.

Eleven patients whose scans were read by a locum radiologist suffered a delayed cancer diagnosis and serious impact on their health, a review of over 46,000 tests in University Hospital Kerry has found.

Four of the 11 patients who suffered a delayed diagnosis have died since their delay was identified, the review states.

The lookback at scans carried out over a 15-month period found three patients with undiagnosed cancer which had not been previously identified. Six of the 11 cases involved lung cancer.

The review was the largest ever conducted of X-rays and other tests in the Irish hospital system.

It found there was a “substantial” rate of unreported and clinically significant findings requiring clinical review to determine whether patients needed to be recalled for further tests.

“A key finding of the audit noted that whilst patients were exposed to risk, the majority of patients did not suffer any direct harm due to the diligence of their treating doctors,” the review states.

All 11 cases are the subject of further on-going system analysis review investigations, which are being shared with individual patients and their families, according to the South/South West Hospital Group (SSWHG), which includes UHK.

The hospital group, UHK and the Health Service Executive apologised “sincerely and unreservedly” to all patients and families affected by this review.

The audit did not test whether the accuracy of the original scans were within internal discrepancy rates.

“The review’s sole purpose was to examine potential safety issues and where found to acknowledge the harm to patients and care for them in a timely manner. The review and its results do not imply that the harm cause was exclusively attributable to the consultant radiologist whose work was reviewed. That would be a matter for the Medical Council and therefore is outside the remit of the review team.”

The delay in diagnosis “in a small number of the 11 cases” did not impact on the treatment options “for curative intervention,” the review states. However, “it contributed to uncertainty and worry for patients and families in seeking diagnosis of ongoing symptoms, and in pain suffered by patients which may have been more effectively managed with earlier diagnosis”.

The review was prompted after hospital managers were notified of three diagnostic errors in the hospital’s radiology in July/August 2017, and extended to cover all forms of scans in October, when serious error was identified in a hip X-ray.

The vast majority of those reviewed (44,831) agreed with the original report or found a minor abnormality of no clinical significance.

However, 1,298 found an unreported finding that was unlikely to be of clinical significance, and 105 required immediate action as a finding of “potential or definitive significant clinical concern” was made.

Over 420 patients were identified for recall following the audit and 59 required follow-up after repeat tests. Ten were referred to other hospital for specialist care.

The locum consultant radiologist was placed on administrative leave in late July 2017 and resigned in October. The review says concerns had been raised about the amount of work the person was undertaking and some doctors had expressed “clinical reservations” about the quality of some reports. These issues were being addressed by the hospital at the time the decision was made to carry out the review.