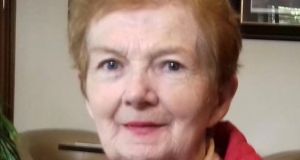 A retired dairy farmer from the north Kerry area, in recent years she could no longer live independently and moved into the nursing home.

She had her own room in the “spacious” facility, where previously her family only ever had other one or two “minor problems,” her son John Joe Flavin (50) told The Irish Times.

While the nursing home sector was brutally hit during the first wave of the coronavirus pandemic in March and April, it was the second wave which left Oaklands in “chaos,” according to the State’s health service regulator.

Mr Flavin first learned there had been a significant outbreak in the privately-run nursing home in early November from media reports. Nineteen residents and staff had tested positive for the virus, with eight residents later dying.

Only after Mr Flavin called staff at the nursing home was he told his mother had tested positive, which he said was “ridiculous”. His mother told him on the phone she was feeling weak, without an appetite or the energy to get out of bed.

Major concerns from the Health Information and Quality Authority (Hiqa) about poor clinical governance and management, staffing shortages, and poor infection control measures in the facility had been mounting since May.

Following a further inspection on November 4th, Hiqa decided the nursing home should be closed. However, the same day the Health Service Executive (HSE) agreed to temporarily take over the management of the facility, in the midst of the outbreak.

Nine days later the HSE informed Hiqa it would be handing control of the nursing home back to the provider, Bolden (Nursing) Ltd, on November 16th.

This gave rise to significant concern within the healthcare regulator, and following a further inspection Hiqa applied to Listowel District Court to have the nursing home’s registration cancelled, and to direct the HSE to take over the management of the home.

The first Mr Flavin heard the home was to be shut was again through the media. “It is the lack of information that really upsets us,” he said.

The HSE has said it is “not sustainable” to run the facility, as it did not own the premises, and so all the residents are to be transferred to other HSE-run or private nursing homes before Christmas.

“Routine is everything to my mum, she has her room set up like her own home . . . I broke the news to her, and she said she wouldn’t be moving,” Mr Flavin said.

“I don’t want to leave here,” she told her son over the phone, asking why the nursing home could not be run by the HSE, or another provider.

Some residents have already been moved to a community nursing home in Kenmare, the other side of the county, an hour and a half drive from Listowel.

Mr Flavin lives 10 minutes’ drive from Oaklands, and before the outbreak visited his mother most evenings, speaking to her at her window from outside the building. He now fears his mother will have to move to another facility far away from the family home.

A number of private nursing homes Mr Flavin contacted in recent days informed him there was a waiting list for admissions, he said. HSE staff told him if he could not secure a space for his mother in another nursing home, they would find a bed in a HSE-run facility.

In both the outbreak and the closure of the nursing home, it was the residents who suffered, Mr Flavin said.