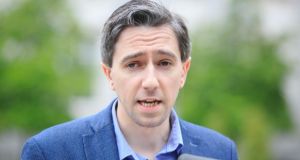 Minister for Health Simon Harris said the collaboration would ensure medicines could be sourced at an affordable price. Photograph: Gareth Chaney/Collins

Patients in Ireland have not been getting access to new top-class drugs because of delays in getting approval and agreements on price, the body representing Ireland’s pharmaceutical industry body has said.

The warning came as Minister for Health Simon Harris signed a deal with Austria, Belgium, the Netherlands and Luxembourg to secure affordable and timely access to new medicines for Irish patients.

Ireland’s medical drugs bill has risen from €500 million in 1998 to €2.5 billion, so the “more we know about what’s happening” with new medicines “ the more we can better plan and prepare”.

The Minister could not put a figure on potential savings: “The whole point of becoming a member of the alliance is we’ll now get access to information that up to know would have been confidential.

Ireland would not be spending less on medical drugs: “I expect we will continue to spend more and more on drugs, but we’ll be able to secure more medication, new and innovative drugs in a more timely manner.”

Defending the pace of drugs approvals, Mr Harris said Ireland has “a pretty good record if you think of drugs like Orkambi for patients with cystic fibrosis”, though he accepted that patients and industry wanted changes.

However, the Irish Pharmaceutical and Healthcare Association’s chief executive, Oliver O’Connor said yesterday’s agreement should not “distract Ireland from the important work we needed to do at home”.

The focus of policymakers and industry in Ireland must remain on “fixing a slow and inefficient medicines approvals process for Irish patients”, he told The Irish Times.

The entry of new drugs into Irish medicine slowed dramatically after the 2008 economic crash, but the pace has not quickened even though the crash has passed.

“Just 20 per cent of new cancer medicines launched in 2014-15 were available in Ireland by the end of 2016, compared to 28 per cent for Belgium, 60 per cent for the Netherlands and 76 per cent for Austria.

“We need to fix our own system for approving new medicines. The Government has said that it is broken, and we understand scoping work is under way as a precursor to engagement with stakeholders.”

In Germany, drugs are brought into service once they are cleared for use, but, in Ireland, this does not happen until after a price agreement has been reached between the pharmaceutical firms and the Health Service Executive.

Rejecting criticism that the drugs industry charges too much, Mr O’Connor said drugs prices in Ireland appear mid-way in the league of 14 European Union countries, “including cheaper price countries like Portugal and Greece”.

The agreement was signed in Luxembourg by Mr Harris on the margins of a meeting of employment, social policy, health and consumer affairs council of Ministers meeting.

The Irish Patients’ Association (IPA) said a key element of the agreement will be the opportunities to see what new research, new medicines and technological devices are coming down the line.

The IPA’s Stephen McMahon said the Health Information and Quality Authority’s health technology advisory group produced a detailed report eight years ago on what needed to be done.

“Today I would include vaccines and medical devices. These are clearly skills that Ireland can bring to this group.” The involvement of patients and their advocates was also key, he said.