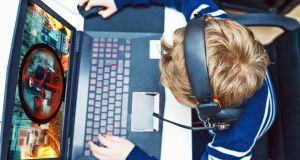 There is some evidence that young people can benefit from playing games for short periods of time. Photograph: iStock

Classifying gaming addiction as a mental health condition is premature, experts have warned.

The World Health Organisation (WHO) included “gaming disorder” in the latest revision of its disease classification manual, describing it as a pattern of persistent gaming behaviour so severe it “takes precedence over other life interests”.

However, experts said there is a lack of scientific evidence into playing video games and excessive screen time, and criticised the move for making a hobby seem abnormal.

The draft version of the 11th International Classification of Diseases (ICD), published earlier this week, said impaired control over gaming and increased priority given to gaming are among the symptoms of the disorder.

He warned removing technology from children could be considered a breach of the United Nations Convention on the Rights of the Child (UNCRC).

“Children do have a right to information, and so if we’re worried about the internet or technology or screens, and we’re taking them away, there is an argument to be made that we are violating their human rights,” he said.

Dr Pete Etchells, reader in psychology and science communication at Bath Spa University, said evidence into the area was “poor”.

“It looks as though we’ve got this clear set of formal criteria for diagnosing something, when really if you look at the research that underpins that we don’t yet,” he said.

The classification could cause unnecessary worry for parents and “sets us on a potentially slippery slope”, he added.

Dr Etchells said: “We are essentially pathologising a hobby here, so which one is next?”

Research has been carried out into tanning and exercise addictions, but Dr Etchells questioned why they had not been given the same attention.

“Nobody is talking about those things as seriously potentially harmful things in the same sort of way,” he said.

“So there’s a question of why are games special, and I don’t really have a good answer as to why that is, other than they are really popular.”

Dr Max Davie, officer for health promotion for the Royal College of Paediatrics and Child Health and a community paediatrician, said problems with gaming can often be associated with parenting, rather than the game or individuals.

“I think a lot of worry I have about diagnosis is where it places the difficulty in the child rather than in the system around the child, and particularly around the ability of parents to place boundaries around screen time,” he said.

“So whatever we say about the evidence around screen time, we have to have boundaries over when it’s appropriate to use it, and when you have to do other stuff.”

There is some evidence that young people can benefit from playing games for short periods of time.

Research has found those who play for around 1.5 hours a day tended to perform better in some measures of mental health than those who do not play, or play for more than four hours a day, Prof Przybylski said.

Dr Etchells added: “The best evidence that we currently have really suggests some screen time, some video game playing, is better than none at all, particularly for child wellbeing.