WHO decides video game addiction is a disease 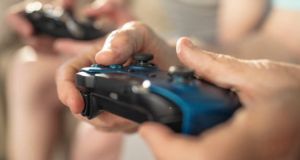 The WHO designation may help legitimise worries about video game fans who neglect other parts of their lives. Photograph: Getty

The World Health Organisation (WHO) will include video “gaming disorder” in a new draft of its International Classification of Diseases to be released on Monday.

The WHO decision means it believes video game players can become addicted.

Concerns about the influence of video games are dovetailing with increasing scrutiny over the harmful aspects of technology, as consumers look for ways to scale back consumption of social media and online entertainment.

The WHO designation may help legitimise worries about video game fans who neglect other parts of their lives.

It could also make gamers more willing to seek treatment, encourage more therapists to provide it and increase the chances that insurance companies would cover it.

“It’s going to untie our hands in terms of treatment, in that we’ll be able to treat patients and get reimbursed,” said Dr Petros Levounis, chairman of the psychiatry department at Rutgers New Jersey Medical School.

“We won’t have to go dancing around the issue, calling it depression or anxiety or some other consequence of the issue but not the issue itself.”

Around the world, 2.6 billion people play video games, including two-thirds of American households, according to the Entertainment Software Association.

Annual revenue for the industry is expected to grow 31 per cent to $180.1 billion globally within three years.

Fortnite, the latest blockbuster, in which players battle to be the last one standing in an apocalyptic storm, recently earned a reported $300 million earnings in a month.

The industry has pushed back against the WHO classification, which is expected to be formally adopted next year, calling it “deeply flawed” while pointing to the “educational, therapeutic and recreational value of games.” But gaming has long had an addictive quality.

The game EverQuest, introduced nearly 20 years ago, was nicknamed ‘EverCrack’ for the long binges it inspired. Now, mental health professionals say they increasingly see players who have lost control.

“I have patients who come in suffering from an addiction to Candy Crush Saga, and they’re substantially similar to people who come in with a cocaine disorder,” Dr Levounis said. “Their lives are ruined, their interpersonal relationships suffer, their physical condition suffers.”

Although gaming addiction treatment is starting to draw more attention, there is little insurance coverage or accreditation for specialists to treat it. Wilderness camps and rehabilitation centres have sprung up, but can cost tens of thousands of dollars, with scarce proof of success.

Mental health generalists are trying to apply familiar therapies for anxiety or alcoholism to patients with an uncontrollable craving for, say, World of Warcraft. - New York Times