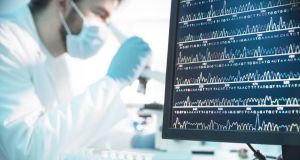 Many common psychiatric conditions, such as schizophrenia and bipolar disorder, “are deeply connected on a genetic level”, scientists have discovered.

Researchers explored the links between these and other disorders of the brain as part of an international project, and made findings that are likely to lead to changes in the way such conditions are treated.

Entitled the “Brainstorm Study”, the research, led by psychiatrist Prof Aiden Corvin of Trinity College Dublin and Prof Ben Neale of MIT and Harvard in the US, indicates that psychiatric disorders are likely to have important similarities at a molecular level and share specific genetic risk factors, “which current diagnostic categories do not reflect”.

“In psychiatry we have a tradition of making clear distinctions between disorders based on clinical symptoms. This has been helpful in guiding treatments, but probably isn’t accurate,” Prof Corvin said.

The results, published on Thursday in the journal Science, are based on research from more than 600 institutions worldwide including UCC, UCD and the Royal College of Surgeons in Ireland (RCSI).

Their work suggests mechanisms in the brain can cause overlapping symptoms “and this brings us a step closer to understanding how to diagnose and treat these conditions more effectively”, Prof Corvin added.

The study indicates genetic markers for major neurological disorders are specific to those conditions; in contrast there are major overlaps between the genetic markers in psychiatric disorders, Prof Ted Dinan of UCC said.

“The results raise doubts about current psychiatric diagnoses which are entirely based on symptoms. If a symptomatic diagnosis does not relate to underlying genetics, it creates major problems for the development of new drug therapies and may explain why so little progress has been made of late,” he added.

This work is starting to re-shape how we think about disorders of the brain, according to Prof Neale.

“If we can uncover the genetic influences and patterns of overlap between different disorders, then we might be able to better understand the root causes of these conditions and potentially identify specific mechanisms appropriate for tailored treatments.”

Exploring these biological connections was challenging, he added. “The brain is a tricky organ to study directly, difficult to scan in detail or ethically biopsy. And, because brain disorders often co-occur, it’s hard to untangle when one might be affecting the development of another.”

To examine the biological overlap between these disorders, researchers must rely on genetics. For this study, international teams pooled their data to examine the genetic patterns across 25 psychiatric and neurological diseases.

Because each genetic variant contributes only a tiny percentage of the risk for developing a given disorder, the analyses “required huge sample sizes to separate reliable signals from noise”, Prof Neale said.

The researchers measured the amount of genetic overlap across the disorders using “genome-wide association studies” of 265,218 patients and 784,643 controls.

They also examined relationships between brain disorders and 17 physical or “cognitive measures”, such as years of education, from 1.2 million individuals.

“This was an unprecedented effort in sharing data, from hundreds of researchers all around the world, to improve our understanding of the brain,” said first author Verneri Anttila, a postdoctoral research fellow at Prof Neale’s lab.

In contrast, neurological disorders such as Parkinson’s, Alzheimer’s and multiple sclerosis appeared more distinct from one another and from the psychiatric disorders – except for migraine, which was genetically correlated to ADHD, major depressive disorder and Tourette syndrome.

The high degree of genetic correlation among the psychiatric disorders suggests current clinical categories do not accurately reflect the underlying biology. “The tradition of drawing these sharp lines when patients are diagnosed probably doesn’t follow the reality, where mechanisms in the brain might cause overlapping symptoms,” Prof Neale confirmed.

Dr Pat Levitt, director of the Saban Research Institute in Los Angeles, said: “Refining the classification of psychiatric disorders, which affect one in six adults, by relating the dimensions of disrupted function to their genetic underpinnings will be important for improving treatments.”