Failings at Tusla leave children at risk of sex abuse 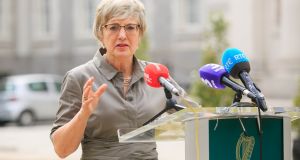 Systems failures within the State’s child protection agency is leading to the mishandling of child sex abuse allegations and leaving vulnerable children at potential risk, the health watchdog has found.

The Health Information and Quality Authority (Hiqa) found, following a year-long investigation into the handling of a false allegation against Garda whistleblower Sergeant Maurice McCabe, a litany of deficiencies within the child and family agency Tusla that could jeopardise children’s health and welfare.

A 308-page report found there was a significant risk that deficiencies in reporting and investigating allegations of child sexual abuse “may be replicated across the wider child protection and welfare services”.

The failings, ranging from inadequate management oversight to poor record-keeping to delays in responding to referrals of child sex abuse allegations, stem from a gap between Tusla’s policies and “what is actually happening on the ground”, the watchdog said.

Tusla could not blame recurring staff shortages and a difficulty in recruiting social workers “as a default reason” for failing to deliver a safer service for children, it said in the report.

Investigators found evidence of such poor record-keeping in a sample of 164 closed cases on child sex abuse allegations that it could not establish if some of the cases were, in fact, closed.

In 10 cases, they directed Tusla to reopen the files because of concerns about at-risk children. It “escalated” 65 cases about potential risks to children to regional managers within Tusla.

Investigators found three children, already considered to be at a significant risk and watched by Tusla, were not being adequately monitored.

Hiqa said the agency must take urgent action to address the shortcomings.

Minister for Children Katherine Zappone ordered the statutory investigation in March 2017 after it emerged the false allegation of child sex abuse against Sgt McCabe ended up in Tusla files in error and that he was informed it was a mistake almost three years later.

Ms Zappone directed Hiqa not to examine areas being investigated by the Disclosures Tribunal, which is looking into whether a smear campaign was conducted by Garda management against Sgt McCabe.

Taoiseach Leo Varadkar said the report “catalogues failures and enormous shortcomings in Tusla and in child protection” and promised changes recommended by the report, including fresh appointments and new oversight by Tusla management and the Department of Children, would be “implemented in full”.

Tusla chief executive Fred McBride’s said the agency “absolutely” acknowledged the inconsistencies identified by Hiqa and was taking its findings seriously. He apologised to Sgt McCabe and his family for the mistakes made.

He acknowledged Tusla does not provide a consistent service to vulnerable children and does not always learn from its mistakes.

Ms Zappone said the report made for “difficult reading” but was also “very fair and balanced and reasonable”.

1 Ireland’s official coronavirus death toll likely to have been overstated, report finds
2 Bobby Storey: The IRA's planner and enforcer who stayed in the shadows
3 The abrupt end to Brexit talks is not only surprising but perplexing
4 Dara Murphy leaves EU job after just seven months
5 Armed gardaí called as men with machete attack cars belonging to soccer team
Real news has value SUBSCRIBE