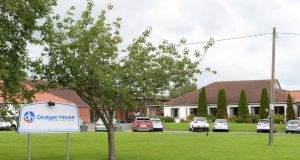 Relatives of residents who died in a coronavirus outbreak at a Dundalk, Co Louth, nursing home are to meet HSE chief executive Paul Reid to discuss their concerns over the handling of the outbreak.

Family members of some of the 23 residents who died at the privately owned Dealgan House have called for an inquiry into the deaths, but the Department of Health has said it will await the outcome of the relatives’ meeting with the HSE before considering further action.

The Co Louth care home suffered one of the worst outbreaks in the first wave of the pandemic with the Royal College of Surgeons in Ireland hospital group temporarily taking over the nursing home on April 17th. The facility has been operating without outside assistance since mid-May.

Family members have raised concerns about communications by the nursing home during the outbreak, the information provided to the State’s health service regulator and the actions taken on foot of that, along with the general oversight and responsibility for the private nursing home.

The relatives are to meet senior HSE officials before meeting Mr Reid, likely in the new year.

Multiple deaths, severe staff shortages and the failure to secure mass Covid-19 testing led a relative of Dealgan House’s owner to make a direct plea for help to then minister for health Simon Harris and chief medical officer Dr Tony Holohan in emails over the Easter weekend.

She told Mr Harris in the text that there had been “several deaths, several more [residents] with symptoms, acute shortage of staff. No test results – can anything be done to help?”

HSE records show that Mr Harris forwarded Ms McGuinness’s text to Mr Reid, telling him: “Sounds serious. Can you ask someone to act on it?” Mr Reid asked the HSE’s then head of community operations David Walsh to “check this out please and get me some feedback”.

Ms McGuinness followed up with an email to Mr Harris and then taoiseach Leo Varadkar on April 20th questioning where the health service regulator, the Health Information and Quality Authority (Hiqa), had “been prior to this point” and the value of Hiqa’s plan to check in on care homes.

“I am not convinced that sending in Hiqa to nursing homes at this point will assist the emergency situation facing some nursing homes,” she wrote.

“What nursing homes and their residents need is appropriate staff lives – nurses, carers, cleaners and testing with results available ASAP. They also need to have a contact point that is responsive to their needs.”

This weekend, Ms McGuinness, now Ireland’s EU Commissioner, said she was made aware of what was happening at Dealgan House at the time and felt compelled to act on what she heard.

“I was very troubled by the depth of the problem there. I contacted anyone who could act to make sure that they got the help and support that was needed so those in the nursing home would be protected,” she told The Irish Times when asked about her contacts in April.

Four relatives of deceased Dealgan House residents met Minister for Health Stephen Donnelly and Minister of State for Older People Mary Butler along with Department of Health officials on October 28th over their concerns about what happened to their loved ones during the outbreak.

Ms Butler told Fine Gael Louth TD Fergus O’Dowd in a letter last week she had asked Hiqa to provide information to the families and that the HSE would share information too.

She will await the outcome of the HSE’s contacts with the families and any engagement with Dealgan House as part of her “ongoing considerations in relation to this matter”, she said.

“All relevant options available to me will continue to be explored by the department.”

Departmental minutes of the meeting state that relatives discussed how they felt they “lacked clarity and full insight into what really occurred, the manner in which they were communicated to and concerns in relation to the care that their relatives received during that period”.

A spokesman for Dealgan House told The Irish Times the nursing home had “apologised many times” that its phone system and ability to respond to incoming calls were overwhelmed during the Covid outbreak in April. He said emails were regularly sent to next of kin at the time.

“Hiqa and the HSE were kept fully informed of everything that was happening in the nursing home during the outbreak – on a daily and sometimes hourly basis,” he said.