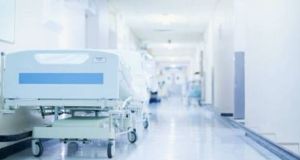 The IMO will on Wednesday urge its hospital doctors to support a vote on industrial action. File photograph: Getty Images

Hospitals are facing potential disruption after Christmas with doctors expected to back plans for a ballot for industrial action over pay and recruitment issues.

The leadership of the Irish Medical Organisation (IMO) on Wednesday urged its 3,500 consultant and non-consultant hospital doctor members to support a vote on industrial action up to and including strike action over lower pay rates that apply for medical specialists appointed after October 2012.

The IMO said it was seeking an immediate end to what it described as “the unjustifiable pay inequality faced by consultants which is based solely on when they were appointed”.

It also wants an immediate increase in the number of consultants employed in the health system in line with recommended ratios.

Separately, the Irish Hospital Consultants Association (IHCA) held talks with representatives of the Department of Health,HSE and the Department of Public Expenditure on what it described as “an important first step in discussing practical solutions that can be implemented without delay to prevent further suffering for those waiting far too long for hospital care”.

The IHCA said it tabled proposals aimed at improving conditions for patients. These included ending pay inequality to tackle consultant recruitment problems and improving governance standards in public hospitals by ensuring that management was held accountable for clinical concerns raised by doctors. They also included introducing national standardised pathways so all patients, no matter where they were treated, received an equal and uniform high standard of care and treatment, and generating savings on spending on agency staff and on the National Treatment Purchase Fund by filling vacant permanent posts.

Further talks are expected to be held in the weeks ahead.

Former IMO president and hospital consultant Dr Matt Sadlier said the health service was “coming apart and doctors could not stand idly by”.

He said there was a palpable ground swell of anger amongst the medical profession at the refusal of the Government to end the pay inequality problem.

The IMO said the Government had failed, at talks last month, to put forward any proposals to address the two-tier pay system.

It maintained the pay inequality issue was directly linked to the failure of hospitals to fill permanently up to 500 consultant posts.

Dr Sadlier said: “The Government is ignoring the dire implications of the consultant recruitment crisis. Yesterday, hospitals recorded the second-highest ever level of patients on trolleys and we currently have 770,000 patients on hospital waiting lists. There are a further 165,000 waiting for vital imaging services such as MRI; this is against the backdrop of a health service that has the lowest number of specialists per capita in the EU.

“We expect the consultant and non consultant hospital doctor members of the union to agree to hold a ballot for industrial action this evening to send this Government the strongest signal yet that this situation is intolerable and cannot be allowed to continue.”