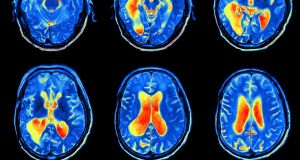 The average wait time for a brain MRI through the public system is 126 days, the report points out, while private patients wait just six days. Photograph: iStock

People who are unable to afford private medical insurance are disadvantaged when they need to have tests to diagnose serious conditions, according to a new report.

Ireland’s two-tier health service means patients are less likely to get an early diagnosis for a serious illness, such as a brain tumour, if they cannot pay for private diagnostics, the report by left-leaning think tank Tasc says.

The average wait for a brain MRI through the public system is 126 days, the report points out, while private patients wait just six days.

The situation would be even worse without the involvement of civil society organisations – charities and support groups – which play a significant role in reducing health inequalities in Ireland, it says.

The report, to be published on Wednesday, examines access to diagnosis for three different conditions: a common cancer such as lung cancer; a rare one such as a brain tumour; and autism spectrum disorder, a complex condition, across three countries with different health systems.

The three countries are Ireland, which does not have universal healthcare and where access is based on residency and, often, means; Germany, which operates a social insurance system; and Spain, which has a national health service.

Tasc says the ability to pay privately to access diagnosis results in important differences between Ireland and the other countries, so health inequalities are much more likely to hinge on socio-economic factors here.

In Spain and Germany, where healthcare is almost universal, the study notes there were geographical inequalities in access to lung cancer and brain tumour diagnostics, rather than inequalities based on socioeconomic background.

For complex conditions such as autism, the type of health system is not as significant a factor in reducing inequalities, the report finds.  Where people can pay for private services, and have a high level of “health literacy”, or an ability to navigate your health system, they are more likely to get access to early diagnosis across all countries.

“It is yet another wake-up call to the need to put in place a universal, single-tier health service based around the principles of timely access and care driven by need rather than the ability to pay.

“The longer we wait the more diagnoses are likely to be missed, the more people are likely to continue to get sicker, be denied a fulfilling life or even die unnecessarily or prematurely from the types of conditions we have examined.”

For lung cancer, Irish rapid access clinics have helped to decrease the disparity in wait times between public and private patients, according to the report. However, challenges for early diagnosis remain, especially for those living in deprived areas.

For autism, civil society organisations are critical to providing the information and support needed to address the difficulties people throughout Europe experience in navigating access to diagnosis and treatment.

In Ireland, the researchers find that another barrier to influencing policy is the unwillingness of politicians to support strategies that require large investment over a period of time because of their perceived need for results over the short term, dictated by the election cycle.