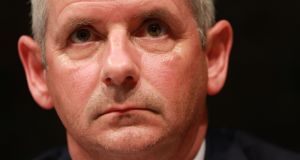 The safety and sustainability of smaller hospitals is at risk due to their reliance on doctors who are not working on official training schemes, according to a report to the HSE board.

Current staffing arrangements for doctors in the health services are not sustainable and have “consequences” for patient care, HSE director general Paul Reid has warned his board.

However, the health service is unable to reduce its dependence on these mostly foreign doctors due to limits on its ability to provide training posts and constraints on the way the system is configured, according to Mr Reid.

Half of Ireland’s 5,500 junior doctors are not on a training scheme to become a consultant, a 2018 study cited by the HSE boss found. More than three-quarters of these “non-training-scheme doctors” were trained overseas and are often transiently employed in posts in smaller Irish hospitals, it said.

The number of such doctors tripled between 2014 and 2018, from about 900 to 2,724, Mr Reid pointed out. This service-grade category of doctor comprises 50 per cent of all junior doctors, but up to 70 per cent in smaller hospitals.

Ireland has higher numbers of non-training-scheme doctors than other countries, such as the UK or Australia.

The study attributed the rise mainly to the implementation of a European directive that limited working hours for doctors. However, it also maintained that the current recruitment and retention difficulties being experienced by Irish hospitals had “fuelled the continued increase in the number of non-training-scheme doctors”.

“The proportional distribution of non-training-scheme doctors raises concerns about the ability of smaller hospitals in particular to staff their services sustainably and safely now and into the future,” Mr Reid told the board. A report on the issue to its safety and quality committee would be provided “at a later date”.

His warning comes as hospital doctors meet next week to decide whether to take industrial action over pay and recruitment issues.

The Irish Medical Organisation had set the Government a deadline of next week to produce concrete proposals for dealing with the existing two-tier pay system for medical consultants working in the public health system.

Industrial action, if approved, may be implemented on an escalating basis in hospitals, commencing with cancellation of outpatient clinics and leading up to a ban on elective surgery and later a full strike.

The stoppages last year by nurses saw up to 15,000 patients a day affected by the cancellation of outpatient clinics.