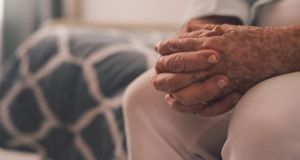 Management at St Josepah’s are today briefing families and staff about the funding crisis they say the facility faces. File photograph: iStock.

St Joseph’s, in Shankill, south Dublin, says it will be forced to cease its daycare service from January and gradually wind down the entire facility unless more public funding is provided next year.

Management is today briefing families and staff about the funding crisis it says the facility faces.

St John of God has been lobbying the Department of Health and the National Treatment Purchase Fund (NTPF) in recent months for a significant increase in reimbursement payments for inpatient and daycare.

It says it has covered the €7 million financial shortfall at St Joseph’s from its own resources since 2012, but another €1.2 million is needed next year.

The extra money is mostly needed to upgrade infrastructure and to improve staffing ratios in line with regulatory requirements set down by the Health Information Quality Authority (Hiqa).

“People living with dementia have very different needs to elderly people living in care facilities without dementia,” according to chief executive Emma Balmaine.

“Dementia care is an end-of-life palliative process and we simply cannot continue to offer this specialist long-term care based on the current funding model applied by the NTPF and the HSE.

“We are paid at considerably lower rates than equivalent public facilities and no account is taken of the added costs associated with meeting the high-dependency needs of the people we care for.”

Ms Balmaine acknowledged a winding-up of the facility would be “devastating” for residents and their families. “We dearly hope it won’t come to this but we are now obliged to make our service users staff and volunteers aware of the very challenging financial scenario we all now face.”

The HSE, which contracts about 25 daycare places at St Joseph’s, said it would continue to engage intensively with St John of God to resolve outstanding issues and avoid disruption to vulnerable service users.

A spokeswoman said the HSE had no function in relation to the setting of the bed rate, which is agreed between the order and the NTPF.

Fianna Fáil health spokesman Stephen Donnelly said Government funding had not increased since 2006 but costs have risen rapidly since then.

“The Government is refusing to take responsibility for the problem and is trying to pass the buck while citing a report on the Fair Deal scheme, which will apparently decide whether funding rates are appropriate. That report has been delayed by two years and in the meantime the threat of closure hangs over St Joseph’s.”

Another problem was that the centre’s insurance costs had gone “through the roof”, he told the Oireachtas health committee. The committee agreed to write to the department about the proposed closure.