Karin Dubsky, director of Coastwatch, has called for a ban on wet wipes in order to alleviate the issue of storm water overflows and raw sewage discharges. 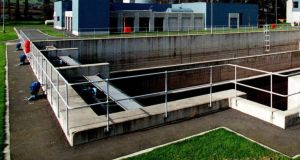 Ireland’s recurring problem of raw sewage and storm water flowing into seas, rivers and estuaries requires immediate measures, including a wet wipes ban, according to the director of Coastwatch.

Commenting on the latest Environmental Protection Agency report on urban wastewater, Karin Dubsky said that apart from the obvious need for more sewage treatment capacity, a range of easily implementable actions were urgently needed in the meantime – including a ban on wet wipes, which the Government had committed to.

She said she favoured a ban on wet wipes, though an eco-tax would also help restrict their use and reduce improper disposal – the scale of which was evident in the environmental group’s recent national survey of coastlines.

The main problem was wet wipes were clogging up sewage treatment systems – which meant they systems were less efficient, she said. This in turn was leading to increased build-up in storm water tanks, and leading to overflows and increased raw sewage discharges.

Ms Dubsky said she favoured the ban, but a “pilot tax” could be immediately imposed in the same way the plastic bag tax was introduced. Wet wipes contained plastic that was being recirculated in marine environments, she added.

There should be prompt public warning when there is a storm water overflow – possibly on local radio or on beaches.ie as that already has maps, was easily accessed on mobile phone and had a good following, she said.

Broadcasting a warning to people would also make them realise “if you are not putting wet wipes into the system, there would be less of these incidents”.

It also would enable people to avoid particular areas, such as south Dublin Bay where there was a persisting problem, she said – rather than encountering raw sewage and wet wipes on the shoreline, which at this time of Covid-19 frequently includes potentially infectious material.

There was also a need to issue public warnings on bleach use, Ms Dubsky believed. “It is being advertised every day with no caution. Bleach use appears to have shot up during Covid. It compromises the sewage treatment capacity of treatment plants.”

“The report highlights raw sewage from 35 towns and villages flows into our water every day and wastewater treatment in 19 urban areas fails to meet minimum legal standards. Sewage is the main source of pollution in 48 areas and is the primary reason these waters are unhealthy and failing mandatory standards under the EU Water Framework Directive,” it added.

EU law required these polluted areas be restored by 2021, yet Irish Water had no clear action plan for almost half of them – 23 out of 48, SWAN noted. Last year the European Court of Justice found Ireland was failing to meet obligations of the Urban Waste Water Treatment Directive, and the State was at risk of incurring significant fines if the situation is not remedied swiftly.

The network of 25 environmental organisations highlighted decades of under investment and lack of political will as the root cause of this failure to deliver a most basic public service vital for the protection of public health and the environment.

SWAN coordinator Sinéad O’Brien said: “The fact that raw sewage is still being discharged into our rivers, lakes and sea is completely unacceptable. Lack of effective wastewater treatment is damaging our water environment and posing a significant public health risk.”

Treating human waste adequately so it could be safely released to the environment was one of the most fundamental requirements of a modern state; “yet more than 25 years after this most basic obligation was enshrined in EU and Irish law, we are still failing to deliver it,” she added.