‘Ireland has received bailout from oceans up to now, but now comes the payback’ 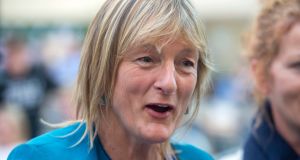 Ireland may escape the devastation of increased superstorms and tsunamis predicted to occur due to increased global warming, but it faces major sea level rise and increased flooding risk, according to Irish experts.

Responding to the latest report by the UN Intergovernmental Panel on Climate Change, Prof Peter Thorne of Maynooth University said even if greenhouse gas concentrations are stabilised oceans and the cryosphere (where ice covers the Earth’s surface) will continue to change “for many centuries to millennia thereafter”.

“Without aggressive mitigation efforts we are committing to multi-metre sea-level rises, while ocean acidification, stratification and deoxygenation are huge issues which will lead to less diverse and productive global oceans,” said Prof Thorne, Ireland’s most senior climate scientist within the IPCC.

In areas relying upon mountain glaciers for water supply there are potential issues in future, he added.

“The wildcard of permafrost melt and greenhouse gas releases remains poorly understood. However, what is clear is that the stored gas trapped by ice is huge – more than twice our cumulative emissions to date. So there is a real risk here.”

The report adds urgency to the need to undertake aggressive mitigation to reduce emissions, he said. The sea-level projections meant “we need to rethink our adaptation planning and responses in coastal communities. It is doubtful that areas of Dublin, Galway and Cork could be protected from multi-metre sea-level rise which we may – by our collective actions – commit to in our emissions over coming decades”.

Green Party MEP Grace O’Sullivan said the report confirms irreversible damage is already being done to marine environments and ice sheets. “In Ireland, we will see a worsening in coastal and inland flooding, increasing numbers of extreme storms, fodder shortages and accelerated land-loss.”

There was every indication this would get worse if urgent and massive change was not immediately implemented, she added. “The report rings every alarm bell and tells us that unless such steps are taken, we will be a world in deep crisis, with water – that most basic necessity for survival – set to be at the centre of a collapsing life-system. There will be a continuing rise in climate disruption and climate emergencies.”

Dr Donal Mullan of Queen’s University Belfast School of Natural and Built Environment said Ireland – along with the rest of the planet – has received a bailout from oceans up to now. “They have been protecting us from devastating excess heat by absorbing over 90 per cent of the extra heat generated by global warming. But with any bailout comes payback.”

Absorbing that excess heat has made the oceans “much warmer, less salty and more acidic. All of this will bring about devastating payback that will impact most on coastal ecosystems and people living in small island states and low-lying cities”.

The consequences would also be felt in Ireland, where over 40 per cent of the population live within 5 km of the coast. Sea levels are projected to rise potentially as high as 1.1 metres owing to a combination of water expanding with heat, ice loss from the Greenland and Antarctic ice sheets, and melting glaciers.