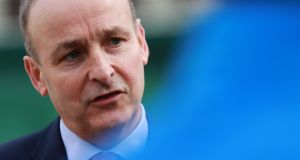 The level of harmful particles in the air can be twice as high in Longford than in Bray, a comparable town with a smoky coal ban and access to the natural gas network, according to the Environmental Protection Agency (EPA).

The agency measured the level of PM2.5, a harmful particle produced when smoky coal is burned, at the two towns, and found it was significantly higher during the winter heating season at almost all times during the five-year period to 2018. It also tested Longford against Marino in Dublin, with the amount of particulate in the regional town significantly higher at almost all times than in the inner suburb of the capital.

“Although the air at all three locations does not meet the WHO air quality guidelines for PM2.5, it is worse in the smaller town of Longford due to the increased use of solid fuel for home heating. This situation is likely to be reflected across many rural towns in Ireland where solid fuel burning is prominent,” the report states. According to the EPA, moving away from smokier forms of home heating will greatly benefit air quality and health.

The report explicitly states that moving forward with the nationwide ban on smoky coal will help to reduce air pollution. However, the ban has become mired in a legal dispute with some coal merchants, including Tyrone-based businessman Mickey Laughren, whose LCC group has threatened the Government with court action if it goes ahead with the ban.

The issue has become a bone of contention for Fianna Fáil, with its leader Micheál Martin insistent that rapid progress must be made on introducing a nationwide ban. At his party’s pre-Dáil think-in earlier this month, Mr Martin said his party includes progress on the smoky coal ban as a “red line” issue during budget negotiations.