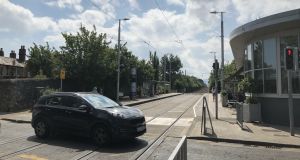 It is a mistake to squander all capital rail spending in south Dublin on the proposed MetroLink that travels a route already well served by light rail, TDs and Senators have heard.

Members of the Rethink MetroLink South City group told the Oireachtas Committee on Public Transport on Wednesday that they object to the proposed metro on three key grounds.

First, they told the committee, the metro would form a “Berlin Wall” segregating communities in a way that Luas light rail never did.

Third, he said people in the area had not been consulted by Transport Infrastructure Ireland (TII) in any “meaningful way”.

Mr Nash said even in its latest iteration, which included one crossing point for locals, MetroLink would divide communities, create congestion through displaced traffic and would be a safety issue for the many school-going children in the area.

He said existing crossing points at Dunville Avenue, Cowper and two more near Alexander College in Milltown would be closed, causing significant difficulty for locals. Cyclists would not be safely accommodated in the final design, Mr Nash added.

He said Luas was already in place and that at a series of public meetings local commercial and residential interests were not against public transport and had spoken of the positive impact of the Luas on the community.

Mr Nash said there were other areas of south Dublin that needed public transport links and it made little sense to put MetroLink in where there was already a rail line.

Fellow Rethink MetroLink member Jennifer Gilmore said Luas had revitalised the communities along the line because it was accessible and promoted pedestrian-based activity.

She said the two crossings at Alexendra College and Dunville Avenue “were not even mentioned” in TII’s consultation. She said at the Cowper stop there was a nursing home and a preschool.

Ms Gilmore listed three pre-schools and five junior schools as well as three senior schools - with a total of more than 6,000 people. She said if a planner had set out to design an ideal area, “this was what they would design”.

Putting in footbridges and lifts for people to cross the segregated line at certain points would “force people into cars” and create “urban blight where we currently have an integrated functioning community”.

Another MetroLink member, Neil Murphy, said there was a difficulty with “consultation that is put out almost as a courtesy where there are no rules”.

He told the committee: “In effect what that amounted to was a presentation on boards of their own project”. Questioners were told data was not available on key issues while the National Transport Authority (NTA) had said there would be no extension of the tunnel beyond Charlemont, Mr Murphy said.

Fianna Fáil TD Jim O’Callaghan asked the committee to consider if the NTA was building MetroLink along the Luas Green line because the line was already there.

He also asked the committee to consider if the eastern side of south Dublin was well served by rail already and if there are other areas more deserving of a public transport connection.

Fianna Fáil TD John Lahart said there was a “massive gap” in terms of public transport elsewhere, for instance between the Red Luas line and the Green Luas line. The ultimate decision on the route would be “political” he said.

Meanwhile, the Oireachtas transport committee was told there has to be “trade off” for improvements in bus routes in Dublin under the new Bus Connects strategy, according to chief executive of the National Transport Authority Anne Graham.

Ms Graham told the committee the redesigned city bus services would convert the existing network into seven “high frequency spines badged A to G” with “buses are coming every four to eight minutes all day”.

Public information briefings, at least one in each Dublin Dáil constituency are to begin in August, said the authority.

In addition to the key spine routes the plan envisages orbital routes and “a much larger network of routes” outside the core routes, “with a frequency of 15 minutes or less” with and easy interchange wherever routes cross.

She said almost one million Dublin residents would be within 400m of a bus service, coming once every 15 minutes or better, all day.

But she said “there are trade-offs. While most people won’t need to change buses some people will. In some cases people who currently have a direct service may have to change buses to get to their destination.”

However, Opposition spokesman on transport Robert Troy said he was aware that among the direct services to be ended are commuter routes from Swords, Balbriggan and Dunboyne. He asked that more consideration be given to extending the public consultation beyond the deadline of September 28th as “August is a write-off”.

Catherine Murphy TD said problems would arise in Lucan and Leixlip. She said passengers could get a City Speed bus direct into Dublin from Lucan and be into Heuston in 25 minutes. But the plan envisaged the ending of this service and a change of buses during the journey. She said those in Carpenterstown would have to travel “counter intuitively” out to Blanchardstown to get a bus, while in Bray the 45 was to be replaced by a route through the town centre. She said she did not believe the street junctions and congestion had properly been looked at. “The further you get from the city the greater the loss is” she said.

Bríd Smith TD said the plan looked good in Rathmines and Rathgar but as routes fanned out to working class areas things got worse. She said double-deck buses “with 99 people on them would be coming out the spine route and these would be met with a Mercedes bus within 15 to 20 minutes”. But she said the smaller, Mercedes buses only had 28 seats. She said there could be queues for the smaller busses, with people waiting for a second or even a third bus.

Senator Kevin Humphreys said the public “still had no information” on when and where the public information sessions were to be held on the changes.

Eamon Ryan TD said the changes could be difficult. But he said “we have no choice, car based Dublin has to stop”. He told Ms Graham she had the support of the Green Party.

Responding, Hugh Cregan said an initial list of public information venues would be circulated to politicians next week. He said it was the authority’s “intention to start them in August”. Ms Graham said the reduction in direct services would be “in the order of 10 per cent”. She added the committees views and concerns would be “taken on board”.