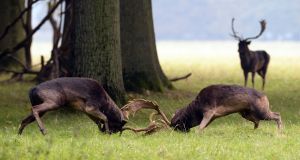 The Phoenix Park in Dublin is one of only two parks in the world to receive a gold award in the inaugural International Large Urban Parks Awards.

The awards recognise the quality of parks across the globe, the skills of those who manage them and the value they bring to the cities they serve. The other gold award winner is Centennial Park in Sydney, Australia.

The world’s urban population is expected to double from 3.5 billion to more than seven billion in the next 40 years, and the awards are dedicated to supporting the development of parks and open spaces as critical elements in creating vibrant cities and healthy communities.

The Phoenix Park is the largest enclosed public park in any capital city in Europe. It receives up to 10 million visitors every year. It is home to an abundance of flora and fauna, and includes many historic buildings, monuments and landscapes.

The award scheme, organised by World Urban Parks, based in Canada, enables cities to benchmark their performance and understand where improvements could be made.

Minister of State with responsibility for the Office of Public Works Kevin “Boxer” Moran congratulated the team at the Phoenix Park, whom he said “work tirelessly to ensure it is a wonderful tranquil space”.

The award “puts the Phoenix Park on the world stage and showcases Dublin as a green city, with the park providing invaluable health, recreational and environmental benefits for so many communities”, he added.