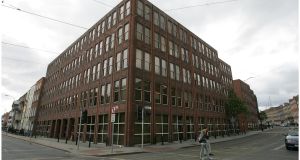 KPMG has insisted it is not to blame for the ballooning cost of the national broadband plan, and estimated that to restart the project from scratch would set it back about five years.

The professional services firm was appointed as procurement adviser on the national broadband plan in December 2014 following a tender process. It was appointed to advise on ownership options and the procurement phase.

A consortium led by US businessman David McCourt is the only remaining bidder for the project after telecoms firms Eir and Siro withdrew from the process citing difficulties with the tender process and viability of the plans.

The McCourt consortium was give the green light by Cabinet last month, although a contract has yet to be signed. Some €800 million was initially allocated by the Government for the plan, but the cost to the State is now estimated at €3 billion.

Michele Connolly, head of corporate finance at KPMG Ireland, and its lead partner on the project, told an Oireachtas joint committee on Wednesday that the project was “more expensive than originally envisaged” but that it would deliver on the State’s goals.

“The fact there is only bidder remaining in place is not a function of the procurement process we designed,” she said. “The fact that there have been a number of changes would be unusual. Entities that pulled out had their own reasons for doing do. Entities recognised that it is a really complex project.”

Ms Connolly insisted the McCourt consortium had the necessary experience to deliver a project of the scale of the national broadband plan. “It has been assessed as having the capability on the back of significant project experience in North and South America,” she said.

Ms Connolly said the budget model of the Department of Communications had been out of kilter to the tune of about €1 billion, and acknowledged that KPMG had played a role in preparing it. However, she added it had been “flagged” that the budget would “have to be updated”.

“The original budget model when it was prepared assumed a higher level of homes to be covered in the first instance,” she said. “During the course of the process we had to withdraw 300,000 homes that were going to be covered by Eir. That was one factor.

“Additional information came to light in relation to what design of network was going to be required to deliver broadband, as well as the existing infrastructure that was in place and the cover that it was going to provide.”

In relation to the timeline that would be involved in starting the project from scratch, Ms Connolly said that even allowing for reuse of some of the material that has been produced it would involve a setback of about five years.

Earlier, officials from ComReg, the communications watchdog, said the fibre cable technology to be used to deliver broadband would need to be replaced every 20 years. “There is a finite life to any physical asset,” said chairman Garrett Blaney.

Mr Blaney also addressed staffing concerns at ComReg. Internal records previously released under the Freedom of Information Act showed the watchdog was operating with less than a quarter of the staff it needed over recent years.

Mr Blaney said the watchdog currently employs 115 people, and that it was currently in the midst of a recruitment process to increase this figure to 147. “We’re still short,” he said.

“We have requested further staff, which will be dependent on whatever role we have on the national broadband plan. We will revert back to the department then and get full clarity.”