‘Please, leave it as it is’: Readers’ views on Phoenix Park plan 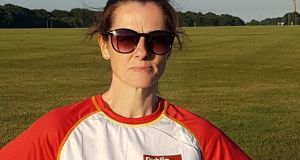 Deirdre Brennan in Phoenix Park: ‘It is a secret space in the heart of the city for us urban dwellers to feel grass beneath our feet and fresh air in our lungs.’

A funicular, a driverless shuttle-bus, extra car parks and an expanded visitor centre are among the proposals included in a strategic review of Phoenix Park, submissions on which close on Friday.

The Irish Times asked readers to share their views on the Office of Public Works plan and on what the park means to them.

Here is a flavour of the replies:

Sinead Kenny
The Phoenix park is Dublin’s greatest asset. It’s where my Dad taught me to ride my bike, where I collected acorns, and where I got an understanding that these trees are the lungs of Dublin.

The Phoenix park is a space to breathe. It is my place to slow down, re-centre and experience nature in our busy city. Please do not change our park. Add some bathrooms, put in some route signage and leave it at that.

Deirdre Brennan
My earliest memories of the Phoenix Park are when my parents took me and my siblings to see Pope John Paul II there in 1979. Since then I have been in the park almost on a daily basis. The Phoenix Park keeps me sane. It is a secret space in the heart of the city for us urban dwellers to feel grass beneath our feet and fresh air in our lungs.

Kathryn Phelan
I run in the park almost every day, and regularly walk there too. Increasingly I see visitors disrupting the stillness I so cherish with loud music, cigarettes, remote-control cars, littering, feeding the deer, etc.

I fear that to make this park easier to access will increase this disquiet. Dublin is full of tourist areas and visitors’ centres. Welcome pavilions, updated infrastructure and toilets are one thing, but tram stops, cafes, opportunities for car parking and a shop would indelibly change the sacredness and integrity of the space.

In Dublin today, it feels like the only untouched space we have left. What stillness remains is worth defending.

Mary Tubridy
From 2007-2009 I worked on the Phoenix Park conservation management plan as an ecological consultant. This experience taught me how important the park is for biodiversity in the city, how well the park has been managed in the past and the great potential for its future.

I was very disappointed by the tone and content of the recently published draft management plan. The emphasis seems to be principally about visitor numbers. It seems to hark back to a type of tourism which was common 20 years ago. Let’s gather more views from the people who love the park and want it to be developed sustainably.

Marina Serrano Brophy
Phoenix Park is my favourite place to hide in Dublin. When I came to Ireland from Spain I was amazed how close I lived to such amazing scenery. I love to come down on a gloomy day and feel revitalised. I would love to have more lights during winter nights.

Peter Power
Growing up in a one-bedroom maisonette in Finglas in the early sixties, the Phoenix Park was where the family used to spend Sunday afternoons. Any changes to the park should be sympathetic to the feelings of Dublin people. While it is a tourist attraction it belongs first and foremost to the people of Dublin.

My Phoenix Park: Share your stories and views on the new plans

Jim Coffey
I grew up in Rialto, a nearby parish to the Park. During those far off summer holidays when it never rained, or at least not that our failing memories can recall, the Phoenix Park was our playground.

We always entered by the “swinging gates” at Islandbridge. As commandos we planned numerous attacks on Magazine Fort, which we believed was manned by Germans every bit as tough as those in “To Hell and Back”.

Into the teenage years and I can remember walking hand in hand with a first date through the romantic “people’s park” on a warm summer’s day. The park was always a magical place throughout the seasons, from the blushing buds of spring through to the balmy cricket days of summer.

Zanele Sibindi
I have always wondered how the park ended up with no public toilets, no public water station or even public showers.

Ann Hannigan-Breen
Hands off, except for maintenance!

Pauline Clare
Please leave the Phoenix Park as it is. It does not need changing. It is the most beautiful park in the world.

Colin Murphy
Having visited many city parks around Europe, Phoenix Park lacks restaurants and bars where the public can enjoy lunch and a few drinks. The dearth of these is particularly noticeable during the warmer months.

Fidak Batool
After roaming one-fourth of the park, I felt this need to drink water. I struggled to find it because there was no spot in the park where I could buy a water bottle from.

If extra facilities like car parking is being extended, I urge for the installation of water dispensers all around the park.

Tony Henry
I was born and reared on Conyngham Road. A walk across the road, a climb up a pole and we were in the “Phoeno”. For me and my pals this was “Disneyland” on a plate only we didn’t know it. We had never ending games of Cowboys and Indians there.

At the time cattle grazed there, which sent our imagination into overdrive as we ran around the cattle slapping our arses shouting “giddy up”. Just to hear the lions roar and the chimps screaming was a thrill to remember.

Paul Kelly
A proper safe cycling infrastructure [is needed]; far too many people use the cycle lanes as footpaths, or as parking spaces.

Lynda Young
Living in north inner city Dublin and with a big family, money was scarce. There were no holidays and days out were few and far between, so it could be said the park was our little getaway. The park for me means family, fun and memories.

Aidan Rainsford
The park has always been a sort of grand back garden to me, having spent 20 years growing up next to its walls on one end, and the last 20 living out my adult life at the opposite end.

As a child, I remember roaming freely around the park with friends for whole days and returning late with scratches, bruises and a head full of adventure.

Nowadays I still go there a few times each week to take my three year old to feed the ducks or to go for a run. I would like to see the Rose Garden get an improved playground and for the long-closed public toilet to be turned into a cafe; Less parking on Chesterfield Avenue and less traffic in general.

Diana Jamieson
Certain ideas which have been put forward by the OPW are good: easier access and transport, for example. But some are awful and will ruin the wild, open nature of the Park. In particular, the planned picnic area near Farmleigh. The Park is wonderful as it is, a real case of “If it ain’t broke, don’t fix it”.

Rory Sloggett
The Phoenix Park, for its size and potential is underutilised due to a lack of recreational activities for those looking for something a little more interesting than running or cycling.

Some of the best parks in Europe are popular due to the amount of activities available. One of the most important things the park is missing is a pool of some sort, preferably a lido.

Ana Zubeldia
I would love more benches and picnic areas, perhaps with a nice bar. It would be nice to have more hiking trail routes and another playground or garden centre dedicated to children.

Michael Griffin
I was there recently and was struck by how many cars were there. Could it be made a car free zone? Or, at least restrict cars to the main road through the park and have regular fun trains to get around within the park.

John Harnett
I like the park as it is and it’s great that it’s on my doorstep. If anything needs improvement it would be the antisocial behaviour- specifically barbecues, cars blaring loud music at BBQs, people feeding the deer and motorists treating it like a racetrack.

We brought our kids over to one of the playgrounds recently and there were parents plainly smoking weed inside it. These things don’t put me off, they’re just evidence that we don’t appreciate free outdoor spaces here.