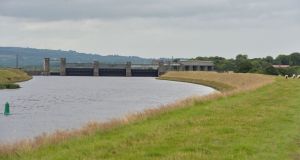 The plan to extract water from the River Shannon and pipe it to the greater Dublin area will be incorporated in the second phase of Irish Water’s process. Photograph: Alan Betson

Substantial population increases in major Irish cities and surrounding suburbs over the coming decades will create huge demand for drinking water, according to Irish Water.

Likely demand is spelt out in a draft framework document, part of its plan to develop the first National Water Resources Plan (NWRP), which when completed will set out how Ireland will move towards “a sustainable, secure and reliable drinking water supply over the next 25 years”. It is open to publication consultation until February 16th, 2021.

When combined with increased demand arising from jobs growth, it says all options beyond additional abstraction will have to be considered including desalination of sea and estuarine waters and recycling of water – expensive methods of generating drinking water. Sourcing water in Northern Ireland may also be required.

The plan will cater for a population increase of one million people and creation of 660,000 net new jobs in the economy by 2040.

“It is estimated that 34,000 houses will have to be built each year for the next decade just to meet demand of our growing population,” said head of asset management with Irish Water Sean Laffey. More than 380,000 jobs would be supported directly by foreign and direct investment, “many of which are in water-intensive industries such as manufacturing and pharmaceuticals”.

“Our infrastructure is under increasing pressure to meet the current demand for water as a result of population growth, climate change, and our changing environment,” Mr Laffey said.

To prevent unplanned water outages, water conservation orders, reductions in pressure or restrictions to water supplies, it had to plan ahead. The investment required could be up to €20 billion, he confirmed.

“Ireland is not a water-stressed country. One week’s worth of rainfall will serve all of our needs for a full year. We have to make sure we take best advantage of that abundance of water that we have and that we tap into the right supplies,” Mr Laffey insisted.

This resulted in lifting of boil water notices for approximately 80,000 customers; upgrading over 250 water treatment plants, replacing over 30,000 lead service pipes and reducing leakage within distribution networks from 49 per cent to 42 per cent, he pointed out.

“However, over 50 per cent of our supplies are still not as secure or as reliable as we would like them to be. We will need to transform the public water supply over time to meet the challenges of historic underinvestment, ageing of our infrastructure and underperformance,” Mr Laffey said.

Following the consultation period, Irish Water will finalise and adopt the framework plan of the NWRP, and complete four regional water resources plans for the north west; south west, south east, and eastern and midlands region including Dublin.

The plan to extract water from the River Shannon and pipe it to the greater Dublin area, to alleviate the region’s water supply issues and over-reliance on the Liffey, will be incorporated in the second phase of the process.

Irish Water is continuing to prepare a planning application to An Bord Pleanála for the Eastern and Midlands Water Supply Project (WSP), including an environmental impact assessment report and natural impact statement, subject to enactment of new abstraction legislation.

“In parallel, Irish Water will take account of the findings of the NWRP in its further development of the WSP. There will be a further round of public consultation on WSP next year,” it said.

Details of the consultation process are available at www.water.ie/nwrp