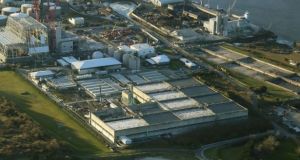 The plant at Clonshaugh east of Dublin Airport, will be the second-largest sewage works in the State after the Ringsend plant in Dublin 4

A €500 million regional sewage treatment plant to process the waste of 500,000 people across the greater Dublin area, has been granted permission by An Bord Pleanála, despite more than 14,000 objections.

The plant at Clonshaugh east of Dublin Airport, will be the second-largest sewage works in the State after the Ringsend plant in Dublin 4.

Irish Water said it will now begin the detailed design process and appoint a contractor with a view to having the plant operational by 2026. The need for a new regional sewage plant for the capital was identified more than 15 years ago, and Irish Water said it is “vital” to safeguard public health, protect the environment, and facilitate future development. Projected growth in population and increased commercial activity will result in a 50 per cent increase in sewage in the greater Dublin area over the next 30 years, it said.

Seán Laffey, head of asset management with Irish Water, described the permission as a “landmark planning decision” for the sustainable growth of the Dublin area. “New homes and businesses can only be built with new wastewater infrastructure to support them.” The new plant would also help ensure Ireland was “in compliance with the EU and national wastewater treatment regulations”.

However, local residents and politicians have described the facility as a “monster sewage plant” which would sterilise valuable housing lands north of the city from development.

The project will involve the construction of an underground pipeline beginning at Blanchardstown which will collect and transfer sewage, via a new pumping station at Abbotstown, north of the M50, to the plant at Clonshaugh. The treated water will be discharged to the Irish Sea through a 6km marine outfall pipeline from Baldoyle to a point 1km north east of Ireland’s Eye.

The project also includes development a regional sludge treatment centre at the Clonshaugh site and an associated biosolids storage facility at Newtown near Kilshane Cross.

In 2005 the Greater Dublin Strategic Drainage Study, commissioned by Fingal County Council on behalf of the four Dublin local authorities, identified Portrane in north Co Dublin as the best location for the plant.

Opposition to the selection of Portrane was rapidly organised and extremely vocal with actor and local resident Stephen Rea among those opposing it.

After Fingal councillors voted against the Portrane proposal, the plans went back to the drawing board and in 2011 nine potential sites, all in Fingal, including Portrane, were selected for assessment.

This was narrowed down to three sites a year later, two of which were near Lusk, and one in Clonshaugh, just north of Darndale, which is the site closest to the Dublin City Council area.

Clonshaugh was ultimately chosen in mid-2013 and an application was expected to by lodged with An Bord Pleanála by Fingal County Council the following year. However, Irish Water in 2014 took over responsibilty for the project and lodged an application to An Board Pleanála last year.

Coronavirus: 306 new cases and one further death reported by Nphet 18:02
Pat Finucane murder: British government will not establish public inquiry 17:44
Seventeen life-sentence prisoners released last year 17:41
Man who stole more than €95,000 in social welfare under false names jailed 17:30
Three jailed over refusal to pledge to stay away from farm to remain in prison 17:20