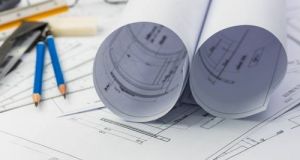 The proposed Bill adds requirements and restrictions that will make it much harder for citizens and environmental NGOs to achieve the necessary “standing” to take cases. Photograph: Getty Images

A move by Minister for Housing Eoghan Murphy to tighten up planning regulations and restrict the ability to legally challenge proposed developments has caused outrage among environmental organisations.

Details of proposed measures were revealed in an email to members of the Oireachtas Committee for Housing, Planning and Local Government in recent days.

The proposed Bill adds many requirements and restrictions that will make it much harder for citizens and environmental NGOs to achieve the necessary “standing” to take cases.

The Environmental Pillar (EP), a coalition of leading environmental organisations, said it was “shocked” at the Minister’s attempt to press for new planning legislation “that would make it near impossible to challenge planning decisions in the courts and hold public authorities and the government to account”.

The proposals are outlined in the Housing and Planning and Development Bill 2019.

The EP said the changes would “add to the complexity of the court process and increases the risks of exposure to significant costs to those seeking to challenge bad planning decisions”.

The Heads of the Bill appear “to favour developer’s interests at the cost of environmental rights”, the EP added.

Attracta Uí Bhroin, environmental law officer with the Irish Environmental Network, said: “The Government is proposing a Frankenstein-like monster approach to killing off access to justice in Ireland, drawing from the worst practices elsewhere, and putting them all together in a bid to obstruct the rights of citizens and concerned NGOs to challenge bad and unlawful planning decisions.”

“This legislation would row back on major changes introduced just a few years ago to enable ordinary people and small but committed environmental NGOs to legally challenge bad environmental decisions, without fear of incurring eye-watering costs and extensive obstacles to accessing justice.”

The Department has argued challenges cause delays.

The Minister defended the changes in the email. “In light of the level of proposed investment under the National Development Plan, it is considered that there is a need to safeguard the timely delivery of projects and value for public money while simultaneously maintaining the rights of citizens to challenge decisions that do not comply with EU environmental law…”

The current system allows for each side to bear their own costs, and it is feasible for successful litigants to be awarded a certain amount of their costs if successful. This enables lawyers to be employed on a “no foal no fee basis”.

The new rules would impose a cap of €5,000 for individuals and €10,000 for groups. A limit on awards of €40,000 in successful challenges would make it unsustainable for the small cohort of lawyers prepared to act for citizens and environmental NGOs, the EP said.