Ireland will suffer environmentally because of Brexit, conference hears

Fear UK will use Brexit to reduce standards 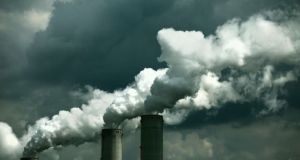 EU environmental policy has had a global impact and enabled member states to achieve what they could not do alone, Nigel Haigh, honorary fellow of the Institute for European Environmental Policy has said. File photograph: iStock

Ireland will suffer environmentally because of Brexit, as the UK’s departure from the EU will undermine effective environmental management in place on an All-Ireland basis, the Environment Ireland conference was told.

This co-operation, “underpinned by EU rules and EU money”, was at risk due to legislative changes that may be adopted by Britain, said Nigel Haigh, honorary fellow of the Institute for European Environmental Policy.

The work of NGOs on the island of Ireland “who share common landscapes, waters, fauna and river basins”, and monitor invasive species at such locations, “will be much more difficult after Brexit”, he predicted, “especially if UK law diverges”.

On waste, he said differences in price and legislation could encourage crime in the form of smuggling across the border. On disposing of hazardous waste, he said Ireland was dependent on the UK, and would have to export it elsewhere.

The “big EU fear” was that Brexit would be used by the UK as an opportunity to deregulate, lower tax and have lower standards which would also apply to environment and food.

On looking 40 years ahead into the environmental future of the world, he said it was “full of peril”. There would be long-range and long effects; climate change would not go away, food production would be under threat, reversing biodiversity loss would still be needed, while air pollution and pollution of seas, especially from plastic, would be all too obvious.

EU environmental policy has had a global impact and enabled member states to achieve what they could not do alone, Mr Haigh added. Britain, however, with its greater global reach than most EU countries, was pivotal in securing the 2015 Paris agreement on climate change, he said.

Brexit would weaken the EU’s ability to act on environmental and climate threats, but the question was: who would take the UK’s place? He wondered if Ireland would take on the role.

Meanwhile, Bill Callanan, chief inspector of the Department of Agriculture, Food and the Marine said sustainability was central to Irish food production, and there was an acceptance the agriculture sector had to make its contribution to the “national reduction target” on carbon emissions.

While “the reality of low mitigation potential” in reducing agricultural emissions had to be accepted, he said, significant reductions could be achieved by improving efficiency on farms; by using land to sequester carbon and allowing farmers get involved in energy production “inside and outside the farm gate”.